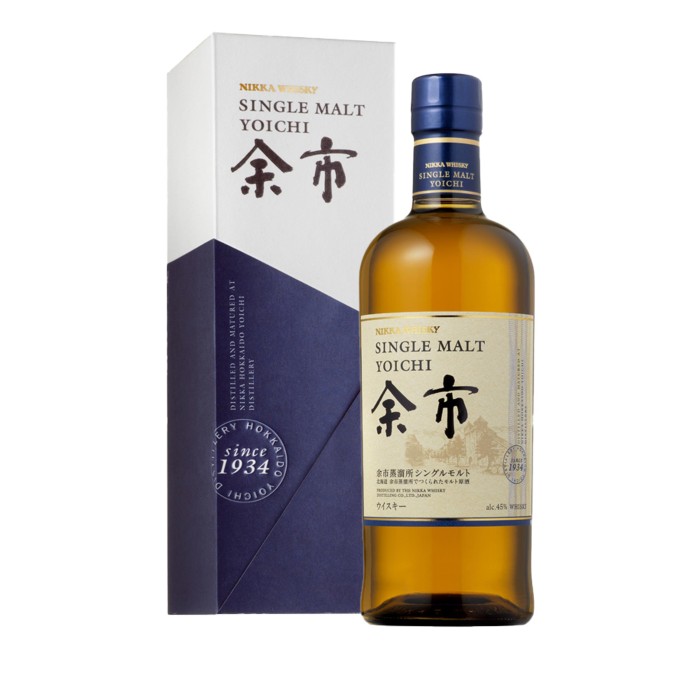 Yoichi is a bold and distinctive single malt whisky distilled and matured at the Yoichi distillery in Hokkaido, birthplace of Nikka Whisky. The Yoichi distillery continues to adhere to techniques such as the use of coal-fired pot stills, and otherwise remains loyal to the whisky-making traditions dating back to its foundation.

While maintaining the boldness of traditional Yoichi malt whisky, this single malt is distinguished by its soft and creamy palate and offers drinkers a light-hearted introduction to the superior quality of Yoichi malt whisky.

Founded in 1934 by Masataka Taketsuru, who left Japan in 1919 to study chemistry at Glasgow University before learning the art of whisky distillation by working at a number of Scottish distilleries and, in 1920, marrying a Scottish girl, Jessie "Rita" Cowan.

Taketsuru chose Yoichi, on the northern Japanese island of Hokkaido, as the site for his first distillery because he believed that the geography, geology and climate of this part of Japan was most similar to Scotland.