A large Victorian distillery in Aberdeenshire, Ardmore is as Highland as they come. Peated single malts might typically be associated with Islay, but they find a home away from home at Ardmore which fully peats its standard malt.

The Ardmore distillery sits at the highest point of the Northern railway line, 600 feet above sea level. It was this proximity to the railway that made founder Adam Teacher’s dream a reality. The liquid from Ardmore is typically lightly peated with an uplifting sweetness. From humble beginnings Armdore has become a power-producer in the whisky industry, and is owned by Beam Suntory, an American subsidiary of the hugely acclaimed Japanese brand Suntory.

Ardmore Traditional Cask used barrier filtering instead of chill filtration, a method loved by whisky enthusiasts for giving a higher strength and maltier character. So much so that when Ardmore moved to chill filtration in 2014, there was such an outcry that it quickly reversed its decision.
Kennethmont, the town where Ardmore is located, has a population of just 470 residents.
The symbol of the Scottish Golden Eagle adorns each bottle. Found in Aberdeenshire for centuries, Golden Eagle is now on the Amber List on the Birds of Conservation Concern Review.

Ardmore Distillery was commissioned by Adam Teacher. Adam was the successor to his father, William, in the family firm, but William died shortly before it was built in 1898. William Teacher & Sons was the largest pub owner in Glasgow, and also exported its successful blended Scotch, Teacher’s Highland Cream, to Asia, Australia, Europe and the West Indies.

Adam and his brother William II purchased land near Kennethmont in Aberdeenshire in 1895 and commenced building their distillery two years later, to supply fillings for their blends. Nowadays it’s known for its sensational single malts, and its robust Highland character.

Ardmore is known for flavours of...

AnCnoc whisky is the product of the the Knockdhu distillery, which was established in 1892. 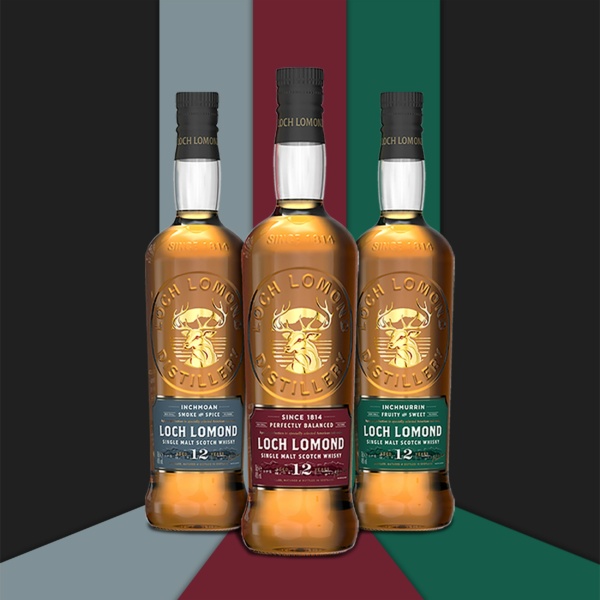 A distillery truly like no other in Scotland, eight whiskies are produced at the distillery.