From the quirky 'D' in the middle of its name, to the revamped core range and a solid stream of special releases, GlenDronach has whisky maker Billy Walker's signature all over it

From the quirky 'D' in the middle of its name, to the revamped core range and a solid stream of special releases, GlenDronach has whisky maker Billy Walker's signature all over it

GlenDronach is highly unlikely to be the first name to trip off the lips of a person asked to name a malt whisky distillery. Nor indeed, the second, third or fourth. It’s fair to say that as distilleries go, it is, in the modern era, very much a hidden gem.

But for a sizeable minority of people - mainly a group who grew up in or around the Speyside town of Huntly - it commands unmatched levels of loyalty. Bump into a GlenDronach die hard and he’ll go misty-eyed as he recalls the glory years of the distillery. And the eyes will start to twinkle as he tells you that GlenDronach is back and firing. Boy, you’d better believe it.

GlenDronach is whisky’s answer to Bad Blake, the wizened old country star played by Jeff Bridges in Crazy Heart. It seemed its best days were long behind it, and it was left floundering as a new wave of sexy looking young contenders grabbed the limelight and left it in the shade.

I’m not sure the analogy stretches to GlenDronach owner being the film’s answer to the character played by Maggie Gyllenhaal, but both our star malt and Crazy Heart have uplifting messages of redemption and hope. If you haven’t seen the film and you love whisk(e)y, you need to check it out.

But I digress. GlenDronach was, once-upon-a-time, a top 10 selling malt with a big bruising flavour that was as rich in sherry heritage as anything from Glenfarclas, Macallan or Aberlour. These were big, rich, scuzzy whiskies, more Willie Nelson or Kris Kristofferson than Garth Brooks or (heaven forbid) Taylor swift.

But times change and so do tastes; the distillery’s output became too much of a challenge for its owners. The whiskies were dumbed down, misunderstood, and forgotten about. And soon, under the unpredictable ownership of Allied Breweries Ltd., the once mighty beast finally fell silent.

Fast forward a few years and I’m sitting having breakfast in a Glasgow pub when the phone rings. On the other end is arguably the world’s most famous whisky writer and a man who doesn’t do sulphur whisky. He wants to talk about the appropriately named GlenDronach 15 Year Old Revival, and the new expression of the 18 Year Old. What do I think, he asks?

“I love them,” I say. “But they are big boy whiskies. Quite sulphury.”

There is a minor explosion at the other end of the phone.

“That’s what I thought! What’s going on? Has Billie Walker got it wrong?”

“I don’t think so,” I say. “This may come as a shock, but a lot of people like this sort of meaty, earthy whisky. And I think Billie is on to something.”

And so it has turned out. Because since then GlenDronach has been represented by a whole series of single cask expressions of various ages and cask types. Some of them have been the whisky equivalent to marmite. We’re talking brown, plummy, scuzzy, grungy, sherry monsters.

GlenDronach is a beautifully kept distillery in the heart of Speyside - Walker has always gone the extra mile to keep his distilleries in gleam and sheen pristine condition - with an output of just 1.2 million litres a year, produced in a dinky still room of two wash stills and two spirit stills.

Because it produces so many expressions it’s a great distillery to pick to start collecting, though I’m told that there are so many ardent collectors that it’s actually hard to get hold of some expressions.

So where to start? How about: 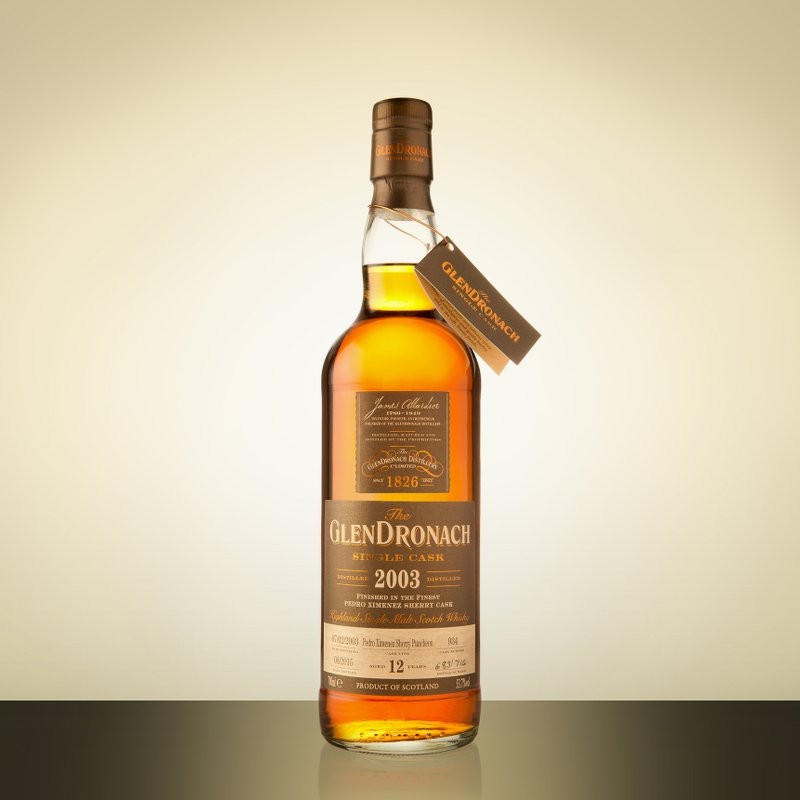 This is a good entry level GlenDronach. Limited to just over 700 bottles, it is taken from a Pedro Ximenez sherry puncheon and has enough of the red berry and orange fruit flavours to hint at where the distillery may take you, some sizzling spice to give the malt body, and some sweeter candy notes to give you more of a korma moment before you consider seeking out the distillery’s vindaloo offerings down the line.