Jura: A Long Way From Ordinary

Lying off the north eastern coast of Islay, the island of Jura is around the same size as its neighbour, but while Islay boasts eight whisky distilleries and more in development, Jura is home to just one. The Isle of Jura Distillery was founded in 1810, predating the official opening of some of Islay’s biggest names including Bunnahabhain (1881), Caol Ila (1846), Lagavulin (1816) and Laphroaig (1815). While it may have historic roots, the Jura distillery’s success today stems from our more recent past, having been rebuilt in 1963 by local estate owners after an unfortunate period of disrepair. 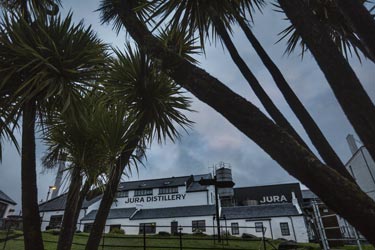 No stranger to renewal, this month Jura launched a complete overhaul of their signature range, discontinuing Origin, Prophecy, Superstition, Elixir, and Diurachs’ Own. A bold move that is certain to make an impact. Complete with a redesigned bottle featuring broad shoulders and packaging showcasing the island’s terrain, three new expressions received an exclusive launch at The Whisky Shop in March, with a further two expressions launched at the Co-op. 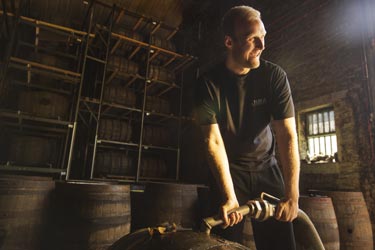 Jura 12 Year Old is matured in American white oak ex-bourbon barrels before being finished in aged Oloroso sherry casks to give a rich and rounded taste, with a perfect balance of smoky and sweet. The nose has a refined combination of delicious tropical fruit aromas. The palate opens with chocolate, walnut and citrus fruit, followed by coffee, liquorice, salted bananas and brown sugar, with a whisper of smoke emerging on the finish. 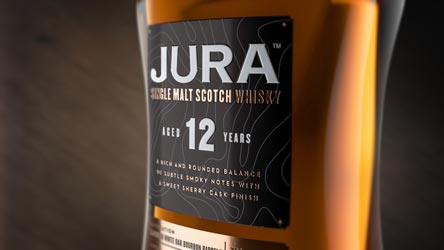 Jura Seven Wood is crafted with a combination of seven cask types: American white oak ex-bourbon, Vosges, Jupilles, Les Bertranges, Allier, Tronçais, and Limousin barrels. The nose opens with light peach and a hint of smoke. The palate is balanced with a great depth of flavour; notes of liquorice and candied orange emerge before a subtle smoke descends in the finish. 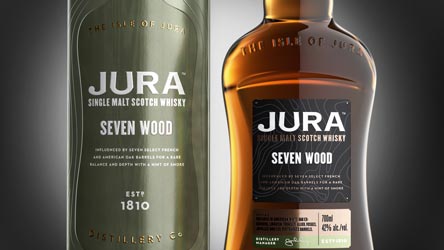 Finally, Jura 18 Year Old is the oldest expression in the new signature range from Jura. Matured in American white oak ex-bourbon barrels and enriched by Premier Grand Cru Classé red wine barriques, it is bottled at 44% abv. The nose has sweet toffee and cinnamon spice. The palate is rich and full-bodied with Black Forest fruits and some smoky notes, before a bitter chocolate aspect and fresh espresso in the finish. 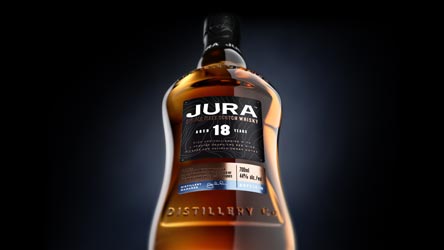 All three new expressions have been featured in this month’s dram deliveries from The W Club, with subscribers revelling in the opportunity to taste the range before anyone else. The 18 Year Old has been a particular favourite amongst our subscribers who have raved about its “depth and richness” with “a touch of smoke and sweetness”, giving an overall score of 4.5 out of 5.