On January 20th, 1860, a boy named Andrew was born in Goodhue County, Minnesota, to Norwegian-American parents. His father Jon Einertson Vraalstad was a distant relative of Queen Sonja of Norway. Andrew was just 15 months old when the American Civil War broke out following the election of Abraham Lincoln. When the war ended in 1865, Andrew was still in elementary school. By the time he was 23 years old, Andrew had gained a degree in law and established a private practice.

After serving as city attorney for the city of Granite Falls and prosecuting attorney of Yellow Medicine County for 6 years, Andrew was elected to serve as Mayor of Granite Falls from 1900-1902. After leaving office, Andrew ran a successful congressional campaign and was elected to the House of Representatives in 1903, serving Minnesota’s 7th District for two decades. It was during his penultimate term in office that Andrew introduced the act that would bear his name and secure his infamy among whisky fans: the Volstead Act. 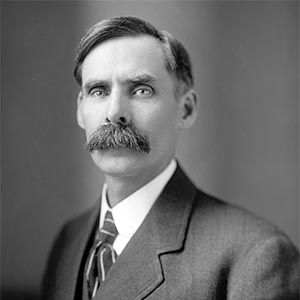 The Volstead Act was the informal name for the National Prohibition Act of 1919, a nationwide constitutional ban on the production, importation, transportation and sale of beverages with an alcohol content greater than 0.5% in the United States. The Act was enforced for 13 years before its repeal, but the effects were far from temporary. While alcohol consumption fell at first to around 30% of its pre-Prohibition level, over the next several years it increased once more to around 60-70% of its pre-Prohibition level. Organised crime flourished with mafia groups profiting from bootlegging, and black market violence caused the number of crimes to rise by 24%. In addition, the advancements of industrialisation within the alcoholic beverage industry were effectively reversed as large-scale producers and manufacturers were shut down. 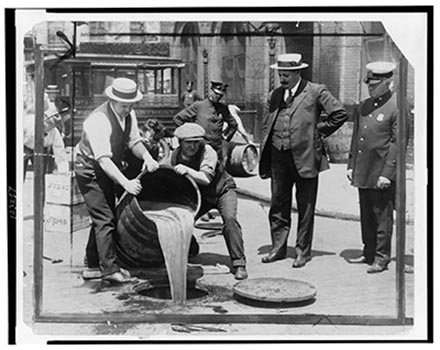 In New York, around a thousand farm distillers produced alcohol before Prohibition. By the time the Act was repealed in 1933, it was already too late New York’s small distillers who had gone out of business. Some 70 years later, the tradition of New York’s stills was brought back to life with the opening of Tuthilltown Spirits in Hudson Valley, 75 miles north of Manhattan. Founded by Ralph Erenzo and Brian Lee in 2003, the distillery is housed in a former mill granary listed on the National Register of Historic Places. By 2008, the distillery was producing the first ever bourbon whiskey made in New York, and it was the first aged whiskey legally made in New York since Prohibition.

Named for the iconic New York river, the Hudson Whiskey range has been awarded dozens of medals in competitions around the globe since its birth in 2008, and this new spirit industry is thriving. Founder, Erenzo says ‘People are getting hired. Old buildings are being reused. A craft is being re-established in this country that hasn’t existed for 70 or 80 years because of Prohibition. People are building cooperages and malt houses. This is a rebirth of a whole industry.’ 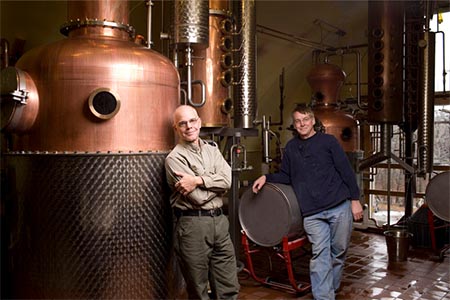 So what happened to Andrew Volstead. Well, his 1922 campaign for re-election to Congress failed. He returned to Granite Falls, Minnesota to resume work at his law practice and remained there until his death on his 87th birthday. With his name inextricably tied to the National Prohibition Act that he championed, it is easy to cast Andrew Volstead as a kind of anti-alcohol boogieman, but in truth the Act wasn’t even authored by Volstead. Prohibition itself was perhaps the greatest social experiment of modern times. A failed experiment, true, but it led to increased demand for distilled spirits including whisky, so there’s always a silver lining.