The Whisky Shop Auction has been live for a week now and we now have over 100 bottles available to bid on! From bona fide classics, personal favourites of our experienced team and some obscure and rare expressions we’ve got bottles for every palate and budget. 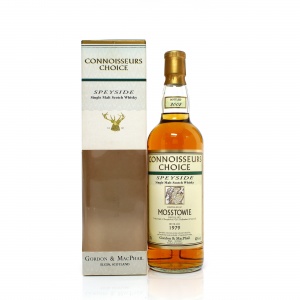 This rare expression is a real treat and we’re delighted to showcase in our very first lot.

This brilliant vintage was bottled in 2002 for the Gordon & Macphail Connoisseurs Choice range and has been matured for 23 years. The whisky was distilled in a pair of Lomond stills at the Miltonduff Distillery and these whiskies are particularly sought after bottle as Miltonduff Distillery stopped producing Mosstowie whisky in 1981.

Lomond stills are quite rare now but they’re appealing because it allowed for different kinds of whisky to be produced in the same still by moving plates up to shorten or extend the swan neck of the still and using different levels of peat in the malt. Miltonduff Distillery continued to experiment with their Lomond stills by adding and removing whole sections of the neck allowing for the production of lighter or heavier spirit as required. This as a truly innovative distillery! 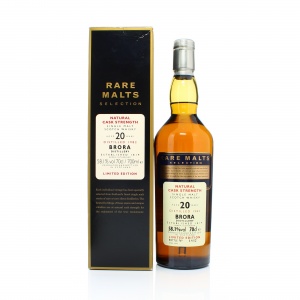 This magnificent 20 year old expression from the brilliant Brora Distillery is highly sought after by collectors. Bottled in 2003 after being distilled in 1982 shortly before the distillery closed in 1983, there’s thought to be just 6,000 of these bottles in existence.

This expression has a natural cask strength of 58.1%. 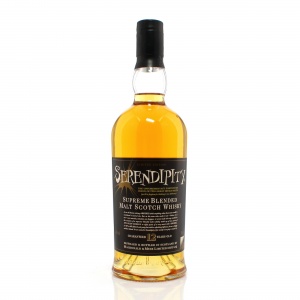 This peculiar bottle is the result of a ‘happy accident’ that occurred in The Glenmorangie Company’s blending facility in Broxburn where quite a lot of Glen Moray 12 Year Old was mixed into a large vat of much older Ardbeg.

The result is Serendipity 12 Year Old, bottled as a limited edition in 2005 and known as ‘a lighter taste of Islay’.

An interesting expression with a fantastic story behind it! 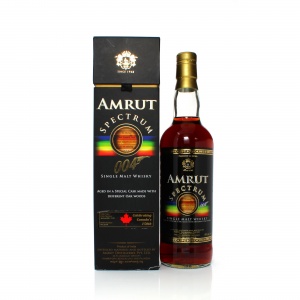 Amrut Spectrum 004 is an experimental limited edition release from Indian distillery Amrut, based in Bangalore.

Matured for its first 3 years in bourbon barrels, this expression was then finished for a further 3 and a half years in a custom cask, made especially for this unique bottling. The custom cask is made with wood from 4 different casks; New charred American Oak, new lightly toasted French Oak, ex-Oloroso Sherry staves, and ex-Pedro Ximenez (PX) Sherry staves – hence the name ‘004’.

Maturing in the warmer climate of India, Amrut single malts don’t need much time to mature into spectacular whiskies. 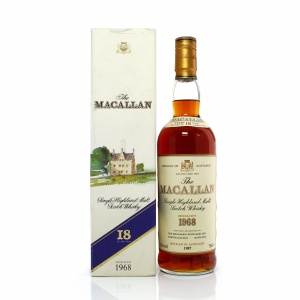 The outstanding Macallan 1968 18 Year Old is included in our first lot of The Whisky Shop Auctions. Bottled in 1987 after maturing exclusively in sherry oak casks, this unmistakable expression from Macallan has became a classic among collectors, and for good reason.

This vintage is getting harder to find these days as it is so highly acclaimed and highly collectable. 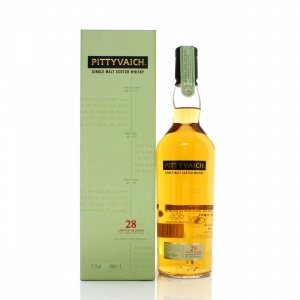 Included in our 2nd lot is the rare Pittyvaich 1989 28 Year Old, the third of the Diageo Special annual releases for Pittyvaich. Since the distillery closed in 1993 a very small amount of casks form Pittyvaich have made it into circulation making this a rare and popular bottle amongst collectors.

Matured in refill American-oak hogsheads and bottled at a cask strength of 52.1% abv, this beautiful expression is limited to 4,860 individually numbered bottles.

Pittyvaich Distillery operated between 1975 to 1993 and its first official bottling only arrived after the distillery was closed. 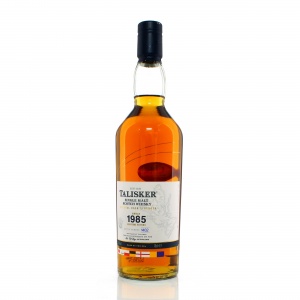 This limited edition Talisker is gaining quite a following amongst collectors and connoisseurs, and for good reason. It’s a stunning dram; balanced, rich and complex. A 2013 Diageo Special Release that has matured in refill bourbon casks before being bottled at 56.1%, this expression is limited to 3000 individually numbered bottles. 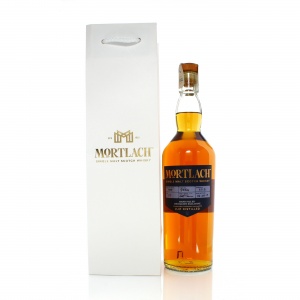 This 19 year old 1999 vintage from Mortlach is a truly historic bottle with it being the first ever hand filled single cask to be released from Dufftown’s Mortlach Distillery, exclusively available to hand-pull at the Spirit of Speyside festival in May 2019.

This expression is a very rare distillery exclusive release limited to just 490 bottles. The liquid has been matured in a sherry butt for the full 19 years in cask #8564

This bottle has been signed by Mortlach Distillery Manager Mark Brunson and is said to be one of the best casks Mark Brunson has picked and tasted! 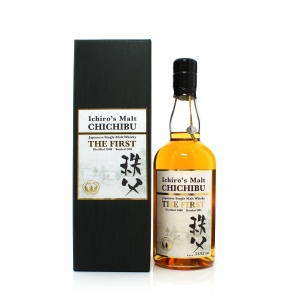 ‘The First’ is the first single malt produced at the Chichibu Distillery after it was founded in 2008 by Ichiro Akuto.

Named Japanese Whisky of the Year by Whisky Advocate, Chichibu The First has quite the following. Only 7,400 bottles have bene produced at a natural cask strength of 61.8% abv, getting its flavour from ex-bourbon casks and Japanese Mizunara oak. 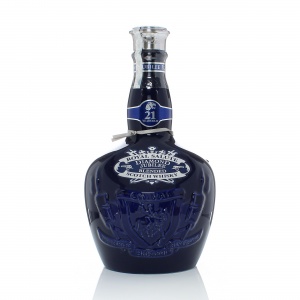 A limited release previously only available during Her Majesty Queen Elizabeth II's 2012 Diamond Jubilee celebrations, marketing the 60th anniversary of her reign as monarch of the UK and Commonwealth.

Royal Salute 21 Year Old Diamond Jubilee is presented in a stunning porcelain bottle inside a beautiful hand-crafted display box. The whisky has been bottled at a strength of 40% abv. 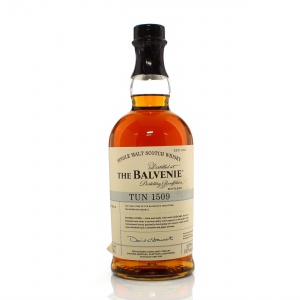 Batch 4 from Balvenie’s Tun 1509 Batch 4 presents a spectacular whisky. Comprised of 23 single casks; 13 ex-bourbon and 10 ex-sherry, with the youngest being 21 years of age, Balvenie Malt Master David Stewart has married them in Balvenie Tun 1509 for 5 months. Batch 4 has been bottled at a strength of 51.7% abv. 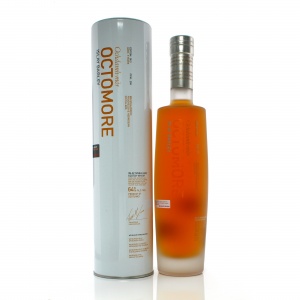 Bruichladdich bring us a beast of a whisky with their Octomore Islay Barley 6.3 expression. Distilled with the most heavily peated barley in the world at 258ppm, this is a must-try for any peaty fan. As a comparison, this is 89ppm more than the previous high of 169ppm in Octomore 5.1.

This is the first Octomore expression distilled only using barley from its Islay home and has been matured in bourbon casks for 5 years before botting at a huge 64% abv. 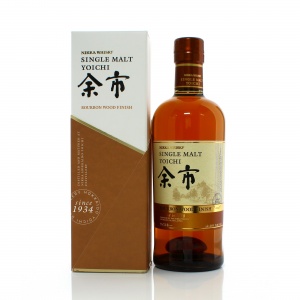 Yoichi Bourbon Wood Finish is an expression that has quickly gained popularity in Europe since it was bottled in 2018 and is getting harder to find as time goes on.

Distilled in the very north of Japan on the island of Hokkaido, this single malt was finished for one year in first-fill bourbon casks before 2,934 bottles were filled.

Yoichi is considered the perfect spot for a distillery on Japanese soil, with the climate and crisp air of the region about as close to the climate of Scotland as he was going to get. 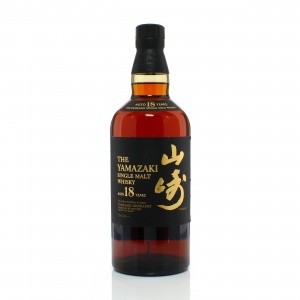 Yamazaki 18 is one of the most highly regarded Japanese whiskies on the market. earned a Gold at the 2007 International Spirits Challenge and a Double Gold at the 2005 San Francisco World Spirits Competition this is a bottle that oozes quality.

Spiritual and deep, its signature multi-layered taste is highly praised by whisky connoisseurs all over the world. Today, Yamazaki is not only the No.1 single malt whisky in Japan but is enjoyed in more than thirty-five countries.

Since it’s launch in 1992 it has became something of a cult classic and is getting harder to find. It would make a find addition to any whisky collection.

Before you buy or sell, please read our terms and conditions

The Whisky Shop Auctions FAQs can be found here