Bourbon vs Scotch: What's the Difference?

Ah the age-old discussion of Scotch and bourbon. Sure, people have their preferences but are there any real differences between the two?

I mean both are made using yeast, water and a fermented grain mash. Both are distilled producing a new make spirit which is then matured to a beautiful dark liquid to be savoured.

Look deeper, however, and find differences in ingredients, distillation and maturation which all leads to a different dram all together.

The obvious difference between the two spirits is geography. In fact, the law plays a significant part in what can and can’t be called Scotch and what qualifies as being called a bourbon.

For a Scotch whisky to be legally recognised as Scotch, it must be produced and bottled in Scotland.

A bourbon can only be legally called a bourbon if it has been produced in the US. This is because in 1964 US Congress declared bourbon “Americas Native Spirit". According to the Kentucky Distillers’ Association 95% of all bourbon is made in Kentucky.

Kentucky Straight Bourbon Whiskey is used to indicate a straight whiskey made in Kentucky from a mash of at least 51% corn grain. More on the ingredients later.

But wait, if bourbon can be made anywhere in the US, why is Kentucky associated so much with bourbon?

Kentucky has a rich history with distilling spirits and bourbon coming out of Kentucky has always been renowned for its quality, thanks to three key reasons:

The first difference in the manufacturing process comes down to the ingredients used. Before we get into the differences between Scotch and Bourbon lets drill down on the different types of Scotch whisky.

Going stateside, for a whiskey to be considered a bourbon the grain mash must be at least 51 percent corn, with a predominately corn mixture producing those beautiful sweet notes. The remainder of the mash can consist of barley, rye and wheat.

Both Scotch and bourbon can only have three natural ingredients; grains, water and yeast. Neither could legally be called Scotch whisky or bourbon if any other ingredients are added to the mixture. 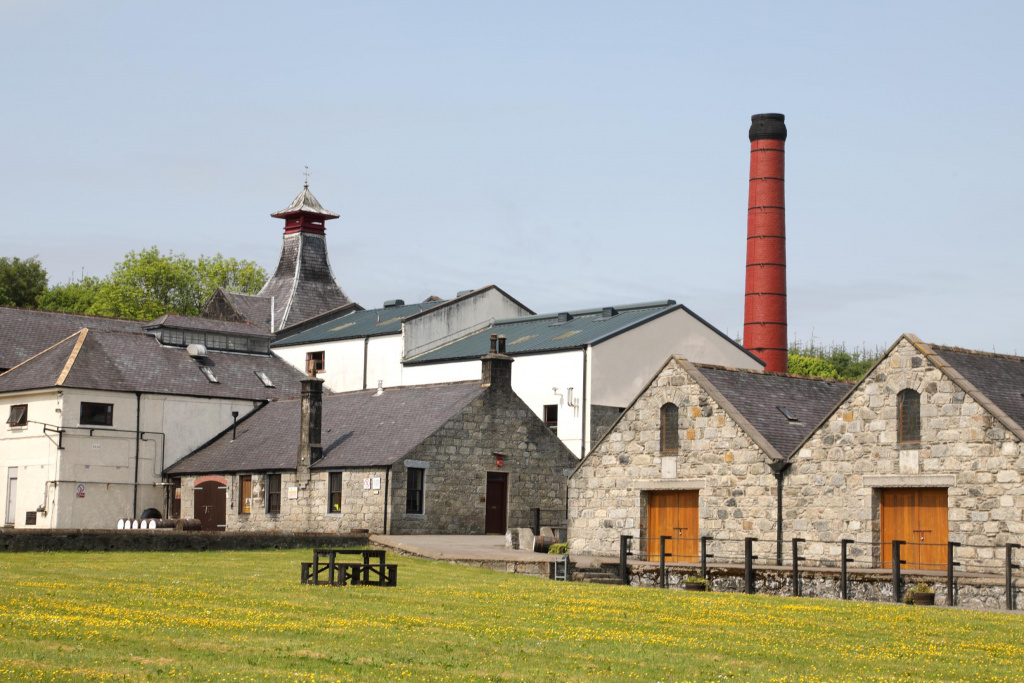 We’ve covered the geographical boundaries and how ingredients can differ between Scotch and bourbon, now let’s get into the distillation process!

Scotch whisky must be distilled at an ABV of no more than the precise amount of 94.8% and bottled with an ABV of at least 40%.

Some distilleries in Scotland use peat to heat the stills some dry damp malt over a peat-heated fire which brings a smoky character into the barley. The length of time the barley is exposed to the strong peat smoke when drying determines the level of smokiness of the whisky. Whilst peat isn’t always used when producing Scotch, it is never used when distilling bourbon.

Single malt Scotch tends to be distilled in pot stills with grain whiskies usually being distilled in column stills, allowing them to be operated continuously. Pot stills produce spirits in batches.

Bourbon whiskey is distilled at no more than 80% ABV and bottled at a minimum of 40% alcohol (80 proof). Bourbon is also typically made using a column still before being double distilled in a doubler. The doubler is a type of pot still that further purifies the spirt. Bourbon is typically distilled at between 130-135 proof with the distillate often reduced to 125 proof or lower, allowing the spirit to mature much quicker. 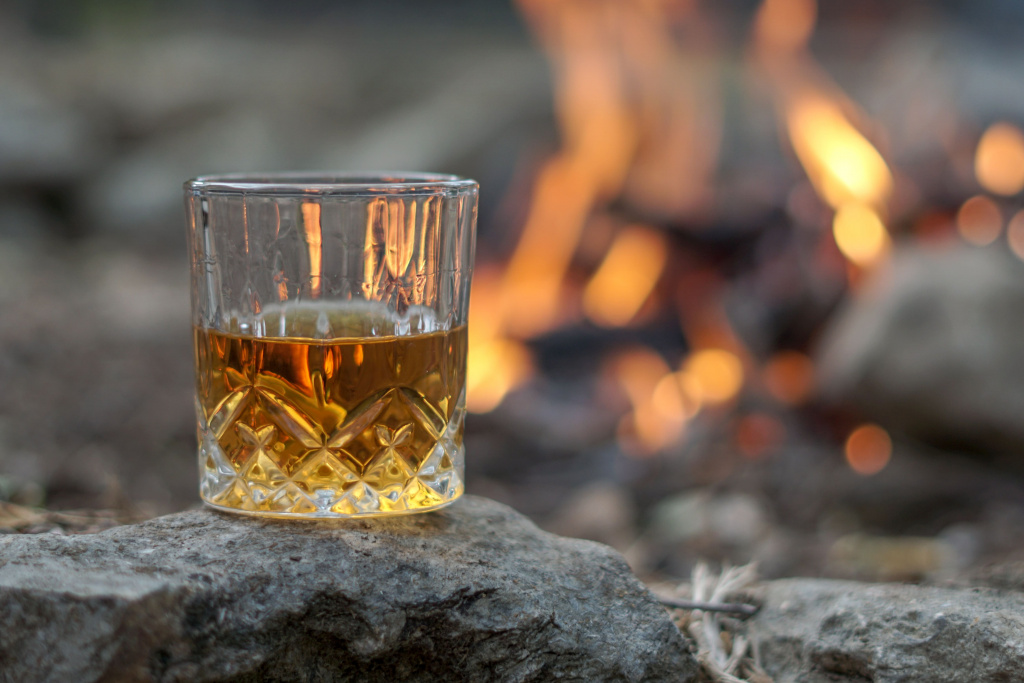 Now we get down to the maturation and aging of the spirit, a process that can never be rushed.

With Scotch, there’s a lot of room to experiment with different flavour profiles using different types of casks for aging and finishing. This is because Scotch whisky can be matured in oak barrels that have previously contained other spirits. Examples include bourbon, sherry, port, red and white wine as well as rum.

For a bourbon to be legally called a bourbon it can only be matured in new oak barrels. This means after they’re used for storing bourbon they’re then sold onto other distillers, mostly Scotch.

The length of time spent aging varies but it’s important to note that Scotch must spend a minimum of 3 years maturing before being bottled. There is no minimum time period for bourbon to be matured, but any that is aged for less than four years must have the age stated on the label. However, for a product to be called straight bourbon, it must be aged for at least two years. 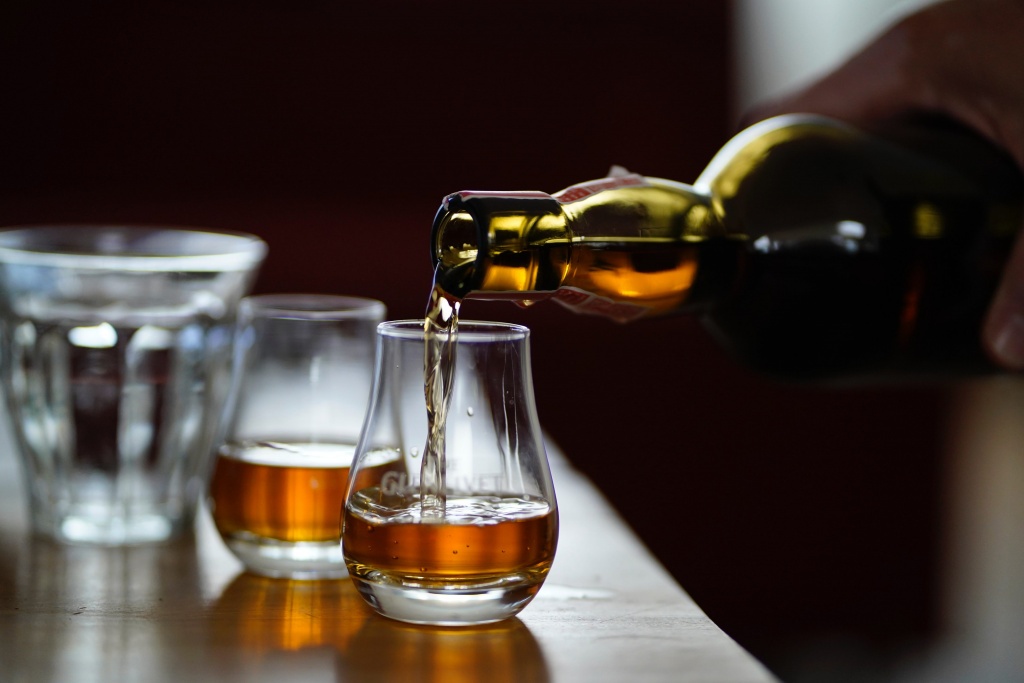 The time has come to discuss the end result – flavour.

Taking into account the differences in American and Scottish climates, the distillation methods and differences in the aging process, we get two very different spirits.

There’s no ‘one flavour profile fits all’ when it comes to Scotch whisky. There’s a spectacular amount of different flavour combinations, profiles and characteristics that vary massively from distillery to distillery and even region to region. From light & floral, fruity & spicy, rich and well-rounded and big peaty and smoky whiskies, each style is very distinct.

Bourbon is known to have sweeter flavour profile due to the large charred new American oak barrels and aging in the hot, humid Southern climates of Kentucky. As a rule of thumb, the more corn the sweeter and the more rye the spicier the bourbon.

There is a ton of differences between Scotch and bourbon but most notably the flavours. One isn’t more superior than the other, it’s all down to personal preference. We’d recommend trying a few drams of each, from different distillers to get an understanding of the differences. Who knows, you might even find a favourite!