From an incredible history to amazing innovation – find out more about Bowmore with Gavin Smith.

Single malts from the Hebridean island of Islay have never been more desirable. They are appreciated for their unique character all over the world, and ‘whisky tourists’ flock to Islay, especially for the annual Feis Ile ‘Festival of Music and Malt,’ held during the last week of May.

At the heart of the island is the capital of Bowmore, and its eponymous distillery is undoubtedly one of the world’s greats. It is also the oldest on Islay, having opened for business in 1779 close to the centre of the village, with its distinctive white-harled round church standing at the top of the main street. The church dates back to 1769 and the earliest foundations of Bowmore as a town. It is said that the church was constructed in the round in order to deny the devil any corners in which to hide!

The distillery was established by experienced Islay distiller David Simpson, who doubled as postmaster and ferry operator, and the Simpsons ran Bowmore until 1837. In that year, it was acquired by William and James Mutter of Glasgow, also owners of Jura distillery, which they then sold off.

According to a letter written by John McDougall, who had joined the Simpsons in 1829, aged 12, the Mutters “…brought to Bowmore from Jura Dist. the small heater and the small Spirit still, at that time the plant was very small they could only mash 100 bushels a week.”

JB Sherriff and Co. (1925 to 1950) was another significant owner of Bowmore, which was bought by Stanley P. Morrison Ltd. in 1963, with the company rebranding itself as Morrison Bowmore Ltd. in 1987. Having acquired a significant share in the firm during 1989, the leading Japanese distiller Suntory Holdings Ltd. took full ownership five years later. In 2014, Suntory acquired Beam Inc., owners of fellow Islay distillery Laphroaig. 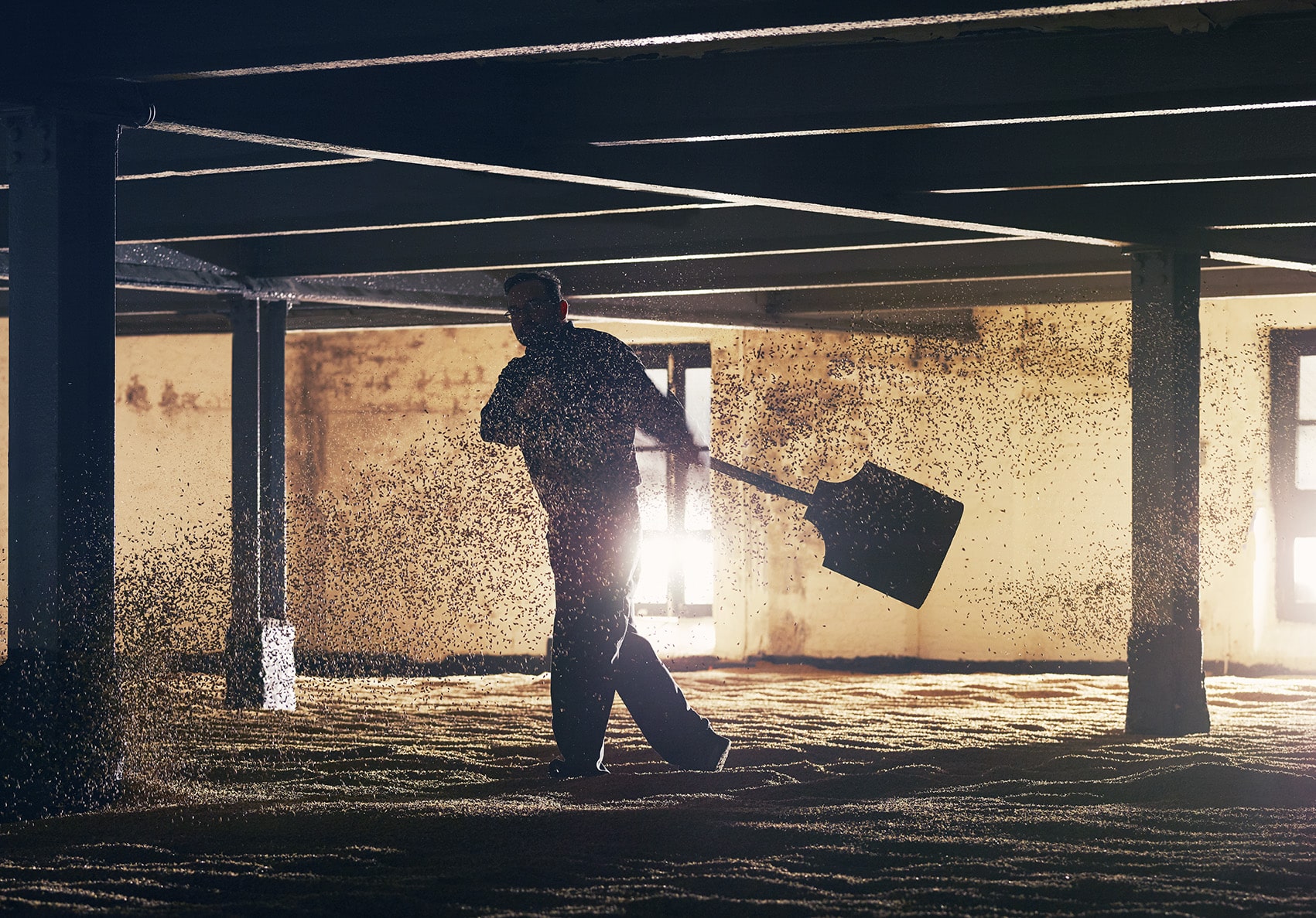 Bowmore is a relatively small distillery in terms of capacity, with a maximum annual output of two million litres, and it features an eight-tonne semi-lauter stainless steel mash tun, six Oregon pine washbacks, and two pairs of stills. A rare feature is the continued use of floor maltings, which provide around 40 per cent of the distillery’s malt, peated to 25 parts per million (ppm), while malt imported from the mainland is malted to the same specification.

Bowmore is sometimes described as the ‘smokiest’ Islay single malt, although its peating level places it somewhere in the middle, between unpeated spirit made at Bruichladdich and the same distillery’s super-peated Octomore expression, which has been known to exceed 300ppm! 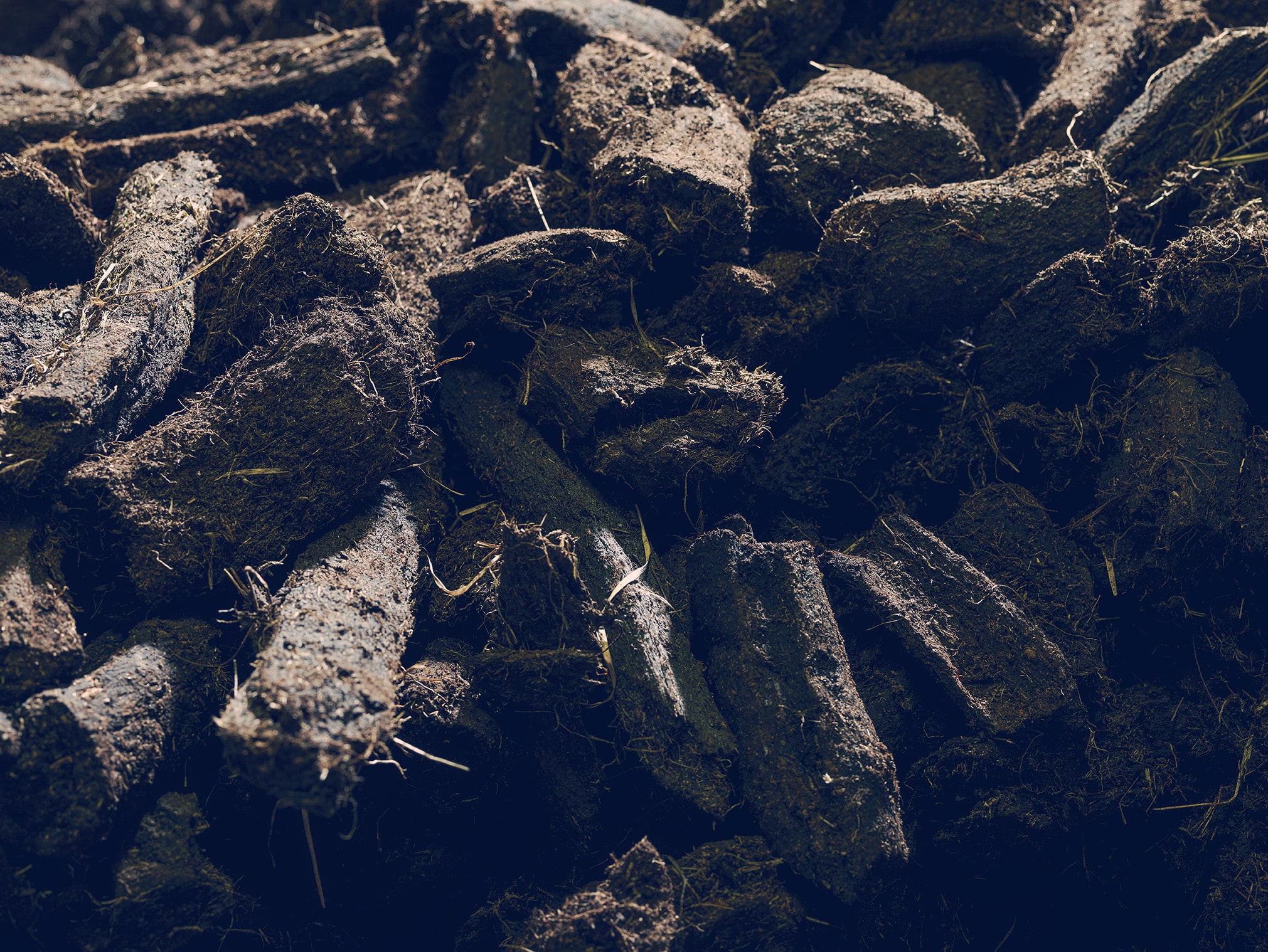 The core Bowmore range includes No.1 – matured entirely in first-fill ex-Bourbon casks, which impart a creamy sweetness that blends well with the brand’s robust smokiness – and 12, 15, 18 and 25 year-old-expressions. Traditionalists appreciate the fact that Bowmore has not opted to go down the ‘non-age statement’ route followed by some of its competitors; and the fact that the distillery has operated without interruption for many years has endowed it with an enviable inventory of older whiskies, added by a policy of reserving the entire output for single malt releases.

In addition to the core aged expressions, two bottlings are currently available in the Vintner's Trilogy of limited edition whisky, where Bowmore’s signature flavour is influenced by attributes from wine, port and sherry casks.

The initial release was a cask strength 18-year-old, which spent its first 13 years in Bourbon barrels before being transferred to Manzanilla sherry casks for a further five years. This has been followed by a 26-year-old, which also spent 13 years in Bourbon casks, before a further 13 years in French Oak barriques (See more from Charles MacLean in new Releases). Third in the Vintner’s Trilogy is to be a 27-year-old expression, finished in port casks, and due to hit the shelves around the middle of this year. 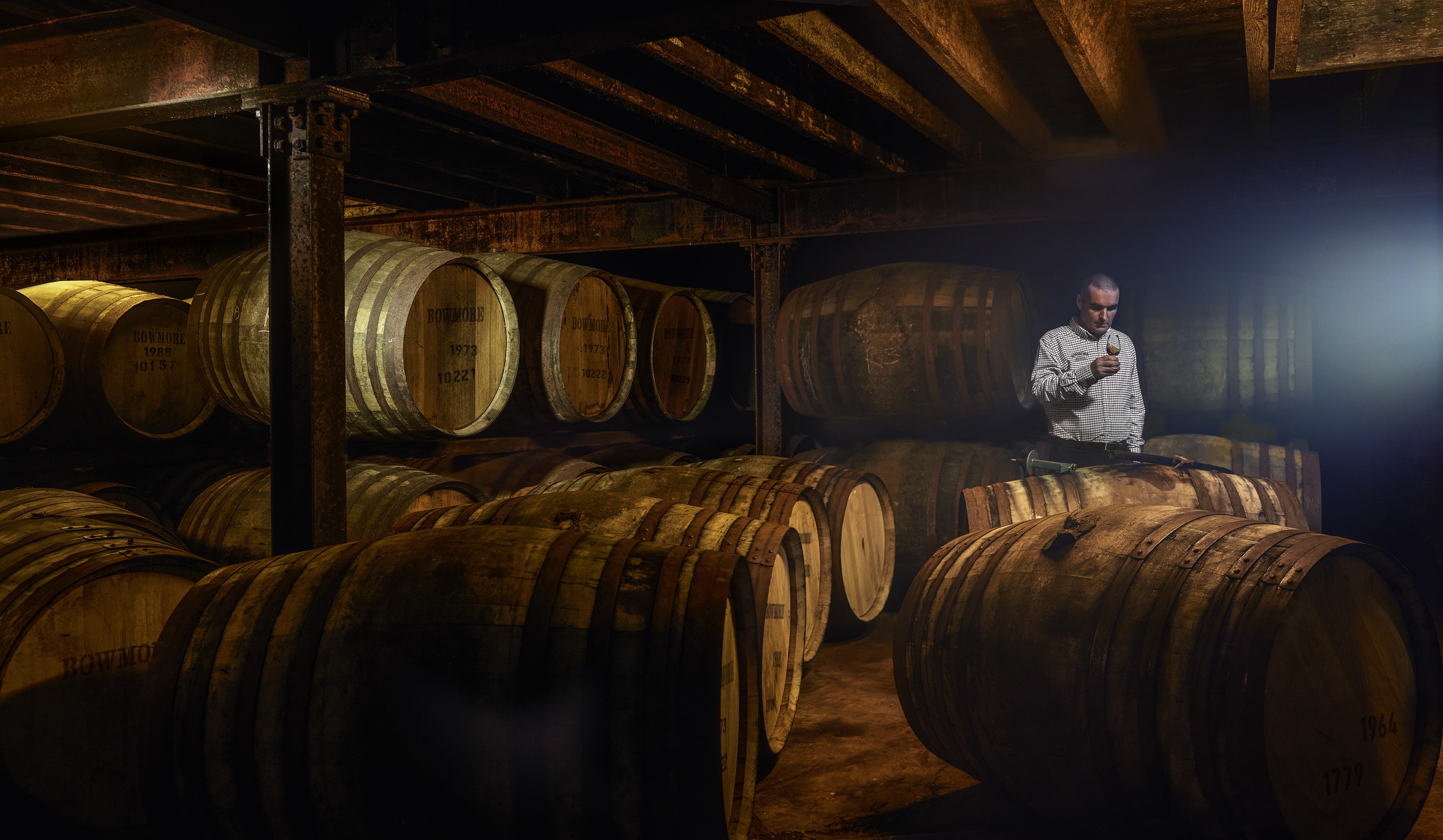 Much of Bowmore’s recent promotional activity has centred around the existence of No.1 Vaults, the first warehouse constructed at the distillery, and a building that received its first cask in 1779. It is the oldest whisky maturation facility in the world, and is partly below sea level. It experiences very minor temperature changes compared to other warehouses, and the prevailing damp salt air means that evaporation is less than in many cases, while that air also shapes the style of the ageing spirit.

Not surprisingly, No.1 Vaults is used to house some of Bowmore’s oldest and most treasured whiskies. These have included the now legendary ‘Black Bowmore,’ distilled during 1964 and filled into Oloroso sherry casks. The distinctively dark colour imparted during maturation led to the expression’s name. Several releases of Black Bowmore have taken place, with the fifth and last occurring in 2016, and comprising 159 bottles.

To highlight the vital role of maritime maturation in the production of Bowmore’s whisky, a marketing campaign titled ‘Unlock Hidden Depths’ has been launched – using the key phrase that “distilleries make spirit, but wood makes whisky.” At the heart of the campaign is a virtual reality tour of the distillery and No.1 Vaults, filmed using a drone, and featuring interactive touchpoints.

Tying in with the focus on No.1 Vaults, one of the most significant offerings from Bowmore in recent years is the 51.5%VOL Vault Edition, with the first release being subtitled ‘Atlantic Sea Salt.’ According to the distillers, “Four notable layers characterise all Bowmore whiskies as a result of the rare environment inside the No.1 Vaults. Each release in the four-part series characterises a different layer. Atlantic sea salt, peat-smoked perfection, full-bodied fruitiness and silky sweetness.”

Additionally, the packaging of the entire Bowmore range has been renewed, with a design inspired by waves crashing on the sea walls at the distillery. Each carton carries an illustration of the wooden doors of No.1 Vaults and features muted hues that reflect the colours of the Vaults and the white walls of the distillery itself.

A facsimile of founder David Simpson accompanies the age statement, where applicable, and embossed onto each bottle label is the same padlock which features in other promotional material, and is an illustration of the actual lock still used on No.1 Vaults today. 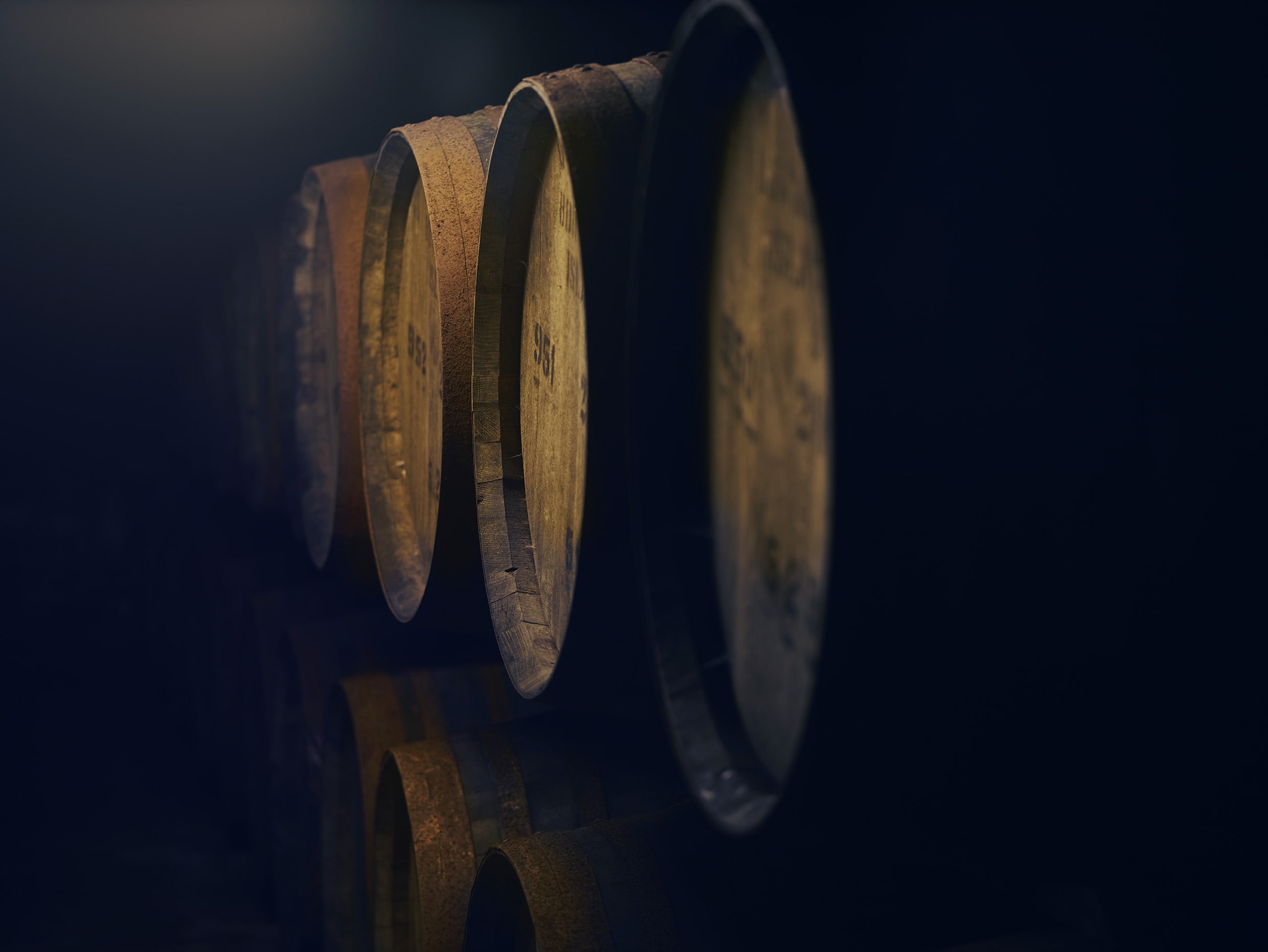 The most recent addition to the Bowmore line-up of whiskies is also the most exclusive. Just 74 bottles of Bowmore 1966 – a 50-year-old expression – went on sale last December. Maturation took place in a refill ex-Bourbon hogshead, which was placed in the No.1 Vaults. The cask (#4675) was filled in the same year that Eddie McAffer joined the Bowmore team, ultimately serving as distillery manager before his retirement after 50 years of service, in 2016.

Fifty years’ working for one distillery is an impressive achievement by any standards, as is the ability to release whiskies of the same vintage, but history and heritage seem to seep out of every pore of Bowmore distillery, which is one of Scotland’s oldest. Just to give some context: when the first barrels were rolled into No.1 Vaults, Britain was fighting the 13 colonies that had declared independence in North American to form the United States! 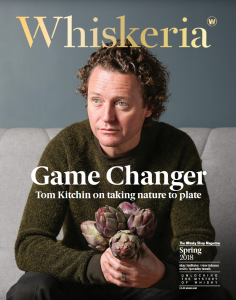 The original feature is our cover story in the Spring 2018 edition of Whiskeria, delivered to the door of W Club subscribers and also free with any Whisky Shop purchase in store or online. Learn more here.