Glenmorangie To Help Save The Giraffe

The Highland Distillery is demonstrating its commitment to this endangered animal by forging a global conservation partnership to help safeguard its future. 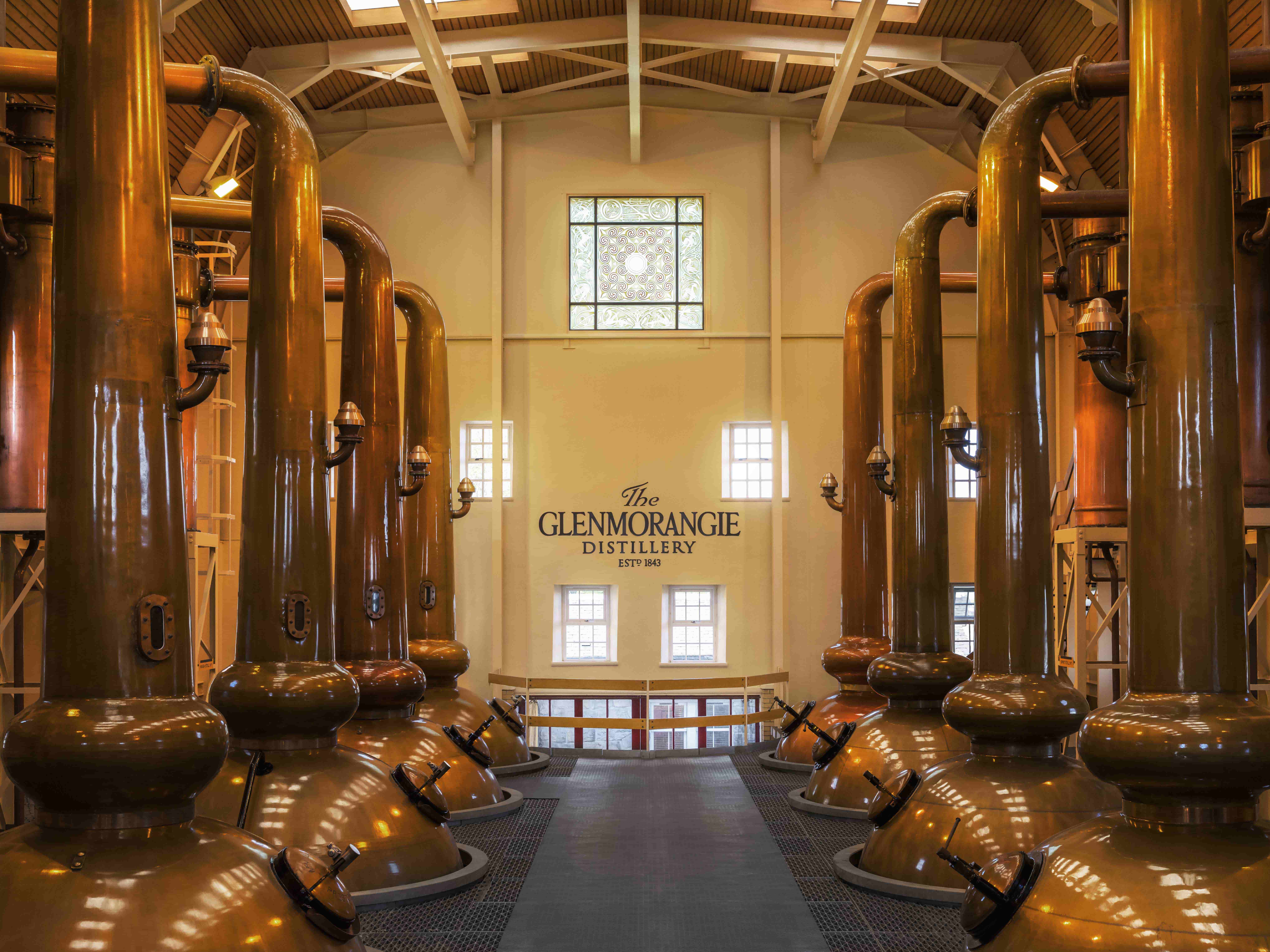 The giraffe has long been celebrated as the symbol of Glenmorangie Distillery, perfectly illustrating the stature of the towering stills. Glenmorangie’s giraffe symbol can be seen in many places around the Highland Distillery – eagle-eyed visitors may even spot it in a stained glass window in the majestic still house.  The Highland Distillery is demonstrating its commitment to this endangered animal by forging a global conservation partnership to help safeguard its future.

The towering copper stills at Glenmorangie are the tallest in Scotland and they create a lighter spirit with more space for taste and aroma. In fact, these stills have necks the same height as an adult male giraffe! But although the giraffe’s silhouette is known and loved at Glenmorangie, as it is across the world, few are aware of the threat it faces in the wild. Numbers have fallen by 30% in 30 years, with some types of giraffe now critically endangered.

In a concerted effort to aid the giraffe, Glenmorangie is pioneering a three-year partnership with the Giraffe Conservation Foundation (GCF) and the Royal Zoological Society of Scotland (RZSS). This two-pronged approach will support efforts to protect giraffes in the wild in Africa and provide a habitat for the animal at Edinburgh Zoo, which will play a vital role in their conservation.

Under the partnership Glenmorangie will:

Thomas Moradpour, President and Chief Executive of The Glenmorangie Company, said: “For 175 years we have created whisky, in stills as high as an adult giraffe, the tallest in Scotland. Over time, this majestic animal has become a beloved symbol our brand. It seems only right that we should channel our passion for this animal into our new global conservation partnership with GCF and RZSS. Together, we will work to protect giraffes in the wild and shine a light on their predicament before it’s too late.”

Launched in January 2020, Glenmorangie’s partnership with RZSS and GCF will run until the end of 2022. The focus of Glenmorangie’s work will be on the threatened Nubian (formerly known as Rothschild’s) giraffe. Once widespread across East Africa, just 3,000 of these giraffes survive in the wild, with more than 50% of them being in Uganda.

Glenmorangie’s support is twofold. It will:

-           Support the work of GCF in the following areas with investment for expert staff, vets and equipment, so they can:

o          Reintroduce giraffes back into their natural range in Uganda, focusing on areas where the Nubian giraffe has become locally extinct;

o          Tag giraffes with GPS satellite tracking devices so that their populations can be effectively monitored, and their movements better understood;

o          Train and build capacity of African conservationists in giraffe conservation and management.

o          Aid GCF’s conservation work with genetic research into new giraffe populations. Genetic research is vital for reintroduction programmes, helping to avoid in-breeding, and Edinburgh Zoo has one of the world’s only zoo-based genetics laboratories.