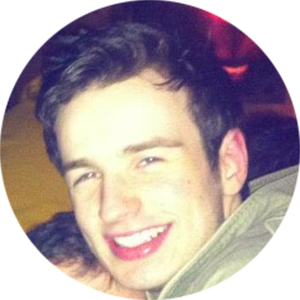 Lagg Distillery - Smoke on the Water

Following the success of Lochranza, Isle of Arran Distillers last year opened the doors to Lagg; a second distillery dedicated to the production of Arran’s peated spirit. Speaking to Lagg’s Distillery Manager Graham Omand, Gavin D Smith takes us behind the scenes at Lochranza’s peated partner in crime.

The Isle of Arran is located in the Firth of Clyde, off the west coast of Scotland, and is highly popular with visitors who flock to admire its varied and highly picturesque scenery.

During the 19th century, Arran was a Mecca for illicit whisky-making, being blessed with areas of fertile soil in which to grow barley, and the sort of security from excise raids that an island location affords. Arran was also a relatively short sail from the Ayrshire coast and the thirsty markets of the rapidly industrialising west of Scotland. Accordingly, substantial quantities of ‘Arran Water,’ as it was known, were regularly shipped to the mainland.

Legal distilling was also practiced, and the last licensed distillery on the island during the 19th century operated at Lagg, in the south of Arran, from 1825 to 1837. After a very long break, whisky-making returned to Arran in August 1995, when a brand-new distillery opened at Lochranza in the north of the island. In the years since it began production, Isle of Arran single malt has become one of the Scottish whisky industry’s great success stories, with core expressions now ranging from 10 to 21 years of age.

Since 2010, a heavily peated version of Arran, named Machrie Moor, has also been available, and has proved extremely popular with consumers. Indeed, so popular has it become that it now has its very own distillery, located just half a mile from the site of the original Lagg Distillery.

The Lochranza plant has been running close to capacity for some years, despite two additional stills being installed in 2017, taking potential output to 1.2 million litres per annum. Not only that, but its sixth warehouse was rapidly reaching capacity, with no suitable land available close by on which to build additional maturation facilities.

Distillery Manager Graham Omand goes on to explain the sequence of events that led to the creation of the new distillery. “We found out that a farmer was looking to sell a large plot of land at Lagg,” he says, “and we actually bought quite a lot more than we needed for warehousing. The site was very close to the last legal distillery at Lagg, which had previously been a flax mill, and there are still remains of it to be seen.”

As Omand recounts, “We got to thinking that maybe as well as warehouses we would build a small craft distillery there. We started by building three warehouses, but the passion for the distillery project grew. However, rather than being a little sister to Lochranza, it’s closer to being a twin in terms of scale, and the overall footprint is actually slightly larger. Part of our thinking was that we could help the economy of the south of the island by bringing visitors down to Lagg,”

The decision was taken to dedicate the ‘new’ Lagg Distillery to peated spirit production, using malt peated to around 55ppm, thereby freeing up more capacity at Lochranza for non-peated whisky-making and in particular for limited edition releases.

Ground was broken at Lagg in 2017, with major construction commencing the following summer. The design of the distillery is intended to reflect the mountainous landscape of parts of Arran, and is topped with turf-covered roofs.

All equipment was supplied by the renowned coppersmiths Forsyth of Rothes, and includes a four-tonne semi-lauter mashtun, four 25,000 litres Douglas Fir washbacks and one pair of stills, the wash still boasting a capacity of 10,000 litres and the spirit still 7,000 litres.

The distillery has an annual capacity of 800,000 litres, compared with ‘original’ Lagg, which could produce 25,000 litres per year. This means that across its two distilling sites, Isle of Arran Distillers Ltd now has a potential output of some two million litres per annum.

The first spirit was distilled on 19th March 2019 and the first cask filled on 10th April, with just under 300,000 litres being made during the year. A similar amount is expected to be produced this year, with 2021 seeing an increase to 500,000 litres.

When it comes to the character of spirit being produced at Lagg, Graham Omand declares that “I describe our spirit style as ‘heavy and rustic.’ We are looking for the lower end of the distilling run, and we’re not encouraging too much reflux. We run the blades in the mashtun throughout mashing, and that gives grainier and less floral notes.

“We run the stills faster than at Lochranza – 10 litres per minute as opposed to six litres. We’re allowing more sulphur compounds to get through, and we’re looking for very heavy, earthy spirit. We do 72-hour fermentations, while Lochranza fermentations are in the 50s, but they use different yeast. The spirit cut for Lochranza is 63.5% VOL and for Lagg it is 63% VOL. That allows a bit more of the feints through. When we trialled it, the feints were overpowering if we went below 63% VOL.”

All Lagg spirit is being matured on the island, and while some whisky distilled at Lochranza is currently ageing on the mainland, the Isle of Arran Distillers’ team is in the process of repatriating casks to Arran now that the three warehouses at Lagg are in operation.

Graham Omand says that “We are using first-fill Buffalo Trace casks for the whisky we expect to be releasing quite early. We’re also filling a few sherry butts, rum casks and quarter casks, and for some reason we have a single Sauternes cask!”

In terms of future releases of Lagg, Omand notes that “We will definitely do a limited run when it turns three years of age, then maybe distillery shop-exclusive very limited releases from time to time. We will possibly offer a semi-regular release when it’s around five years old, as I’m confident it will come good at an early age.”

Like many start-up distilleries, Lagg is keen to involve members of the public in cask acquisition, and Lagg Cask Society is offering 700 first-fill Buffalo Trace bourbon casks of new-make spirit for sale. Graham Omand outlines an extra incentive to own a cask, saying that “In 10 years’ time, we will fill 700 bottles from cask number one of Lagg - a first-fill sherry butt. Each of the Society members will get a bottle of that, meaning they will own part of the first cask filled with Lagg spirit.”

With peat playing such an important part in the character of Lagg whisky, there are long-term plans to be innovative in that area, with Omand noting that “We would supply peat bricks from other parts of Scotland or even abroad to our malting company, Boortmalt at Glen Esk, near Montrose.

“We want to emphasise how important the peat is to Lagg, and we would make one week’s worth of spirit at a time from a particular type of peat, with the intention of releasing a series of bottlings, but at the moment this is on our ‘wish list.’”

Another innovative aspect of the Lagg venture has been the planting of three acres of apple trees close to the distillery. Omand explains that “There’s lots of space at the Lagg site, so we decided to have an apple orchard. We hope to have our own cider in three years’ time, and then eventually apple brandy. France and Spain are big markets for us, and they love their Calvados. We didn’t want to make yet another gin.”

Tourism and the Future

In terms of tourism, Lochranza Distillery regularly attracts in excess of 100,000 visitors per year, and with Lagg on stream, that number may double in time. The hope is that people will visit both sites, but some heavily-peated limited-edition Machrie Moor expressions made at Lochranza are exclusively on sale at Lagg distillery, in order to reinforce its heavily-peated credentials. 20cl bottles of 63.5% VOL ‘Lagg Peated Spirit Drink New Make’ are also available to purchase.

Looking to the future, when Lagg single malt will be of an age to be legally termed Scotch whisky, Graham Omand points out that as an experiment, “5,000 litres of Lagg spirit has been mixed with 5,000 litres of Lochranza and filled into first-fill sherry butts. It will be really interesting to see that as our very own blended malt release, eventually.”

Lagg has the distinction of being the only Lowland whisky produced on an island, and with the new-make offering rich, tobacco-like aromas, with citrus fruit and peat, and a substantial, sweet peaty palate, becoming more earthy in time, this is going to be a ‘Lowland’ single malt like no other!

This article appeared in the Autumn 2020 edition of Whiskeria. Pick up a copy in-store or join The W Club to have each new issue delivered directly to your door.