Glen Scotia 46 Year Old is a powerful new release from the Campbeltown distillery. It is available to shop here today at The Whisky Shop! 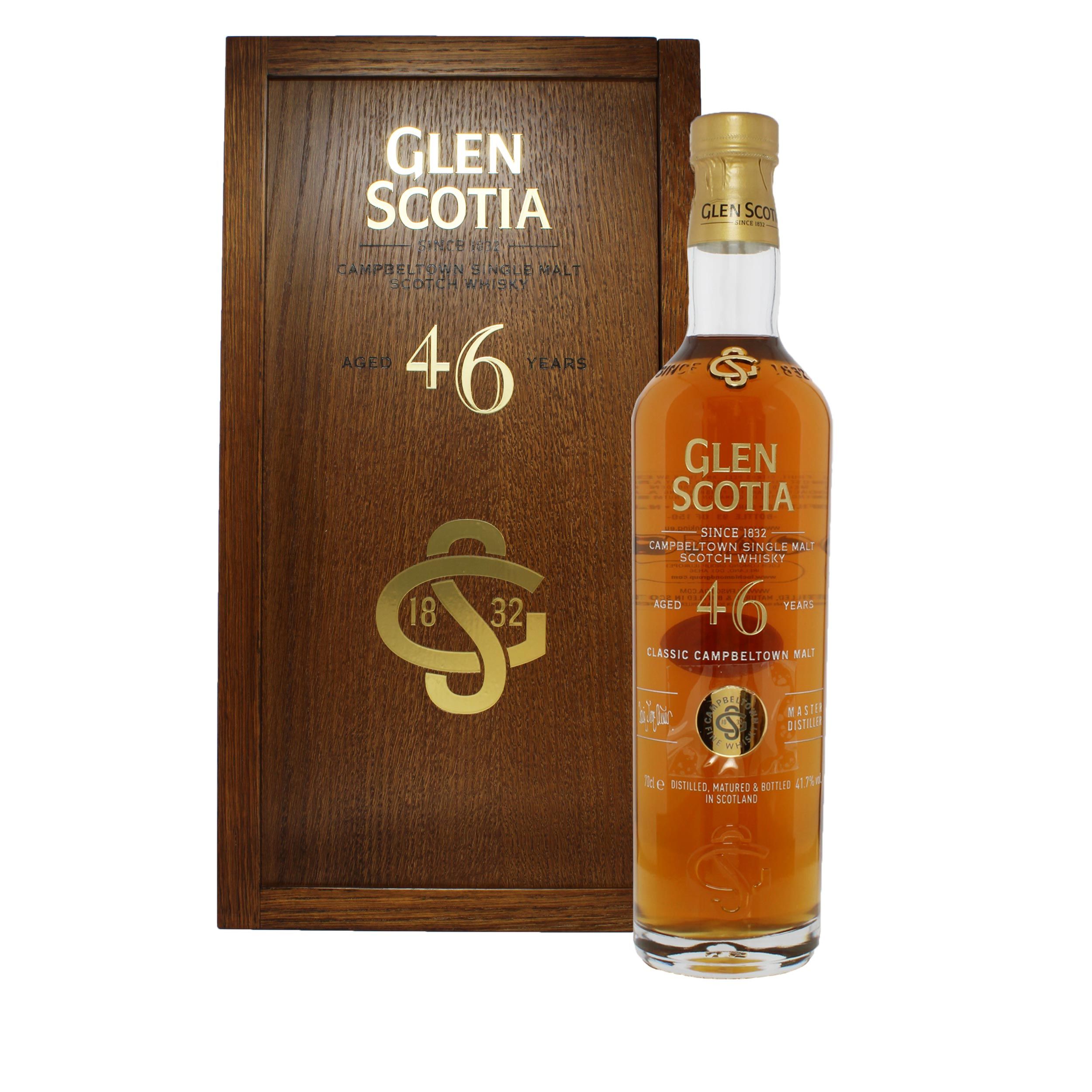 This is the oldest expression to date from Glen Scotia distillery. This is an exceptionally rare expression with just 150 individually numbers produced.

Distilled in December 1974, this cask came to be at a time when many Campbeltown distilleries had been forced to close their doors for good. To keep Glen Scotia afloat, renovations and investments went underway - the distillery was entering into an exciting new era. Meanwhile, the cask that has now produced Glen Scotia 46 Year Old was quietly slumbering in the distillery's warehouse. This outstanding dram flawlessly ties together the past and future of Glen Scotia in the form of an elegant single malt.

The expression is presented in a beautiful hand-crafted display case. Each case comes with an oak tile that bears the bottle number, tasting notes, and a short blurb of how this single malt came to be. The bottle itself was made in collaboration with Glencairn, adding to the exceptional elegance of the presentation of the dram...

You can purchase the Glen Scotia 46 Year Old here at The Whisky Shop today for £6,750.

Read Charlie's tasting notes, and the rest of his feature in our most recent issue of Whiskeria. You can shop our entire range of Glen Scotia single malts here today at The Whisky Shop!