Whisky’s popularity as a luxury asset and secure investment option has grown dramatically in recent years. But how can you tell if a bottle is worth investing in, or even if something you already own could earn you big bucks? 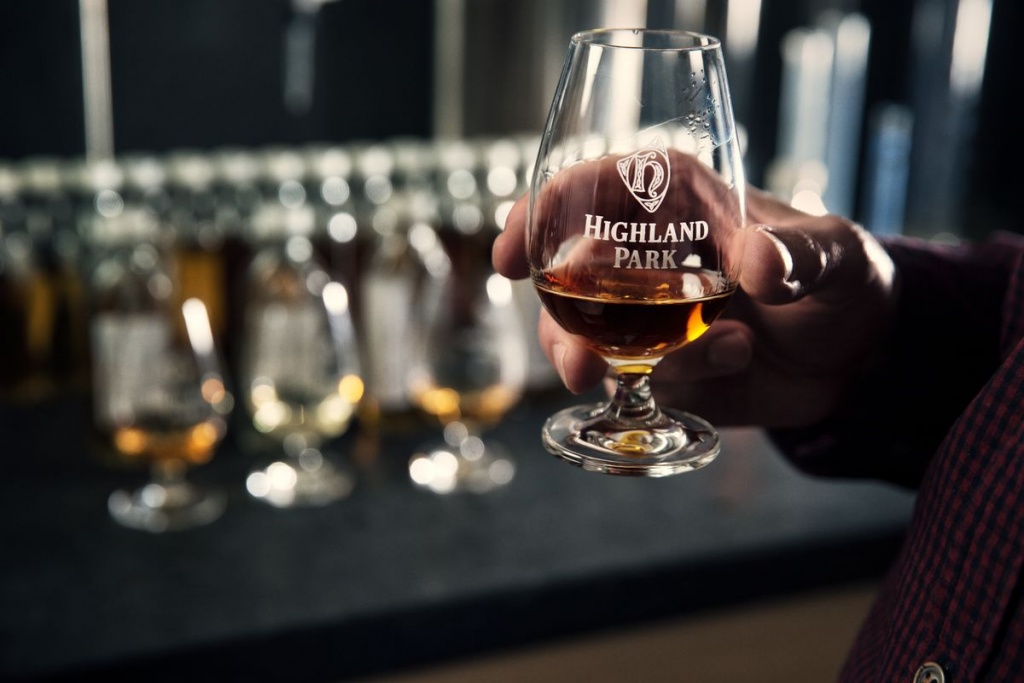 Collecting whisky can make for a really interesting pastime. Both fascinating and profitable, putting together a collection can take up a considerable amount of time and money! So, to ensure you aren't wasting either, we've put together this guide to explain what makes whisky collectable and help you work out what drams are worth investing in.

What makes a whisky collectable?

A whisky can be considered a collectable when it seems very likely that one day it will sell for more money than its original worth. There are several reasons why this may happen with a whisky - limited editions, collections, and age can all make a whisky worthwhile investing in.

Limited edition releases are an excellent place to start your whisky collecting journey. Single cask releases and batch releases tend to do very well in auctions as these bottlings are particularly rare, and therefore tricky to come across after their initial release. These whiskies cannot be replicated, and this makes them particularly desirable to collectors.

However, the rarity of a bottling depends on how in-demand the release was when it first came to market, so make sure you weigh up the popularity of the brand against the quantity of the product made.

A limited release of 18,000 bottles from a big name like The Macallan is much more collectable than the same run from a smaller distillery, simply because their whiskies have a much bigger audience to begin with. That means they’ll sell out of 18,000 bottles before you can say “Edition No.1”, and those bottles will become instantly collectable.

Brands that we would recommend looking out for are The Macallan, The Dalmore, and The Balvenie. Most limited edition single malts from well-known Scottish distilleries make an excellent addition to any whisky collection.

In our opinion, limited edition bottlings are easily some of the best whiskies to seek out when starting your collection. If you manage to get your hands on a limited edition bottle from a well-loved brand, you are almost guaranteed to make decent money on it if you choose to eventually sell it. And if you don't want to sell? You still have the joy of having a super rare whisky in your possession!

It should come as no surprise that collectors love collections! That is especially true for brands that have attracted a niche, devoted fan base, such as Highland Park. If you own part of a collection, it’s likely that there’s somebody out there who is keen to complete their series with the very bottle in your possession.

Alternatively, if you can manage to put together an entire limited edition collection from a popular brand, it is likely that you could sell that whole collection on for thousands of pounds!

We would recommend checking out The Spirit of the Underground collection from the bright minds at London-based micro-distillery, Bimber. Each expression is named after and inspired by a station of the London Underground. The range is fairly new, with only two releases with four whiskies each having been launched so far. Keep an eye out for their next release! If you are looking to build a vibrant and stylish collection from an innovative up-and-coming distillery, we could not recommend The Spirit of the Underground series enough.

Roll Out the Casks

Take the type of cask a whisky has been matured in into consideration before making a purchase. Sherry casks are much rarer than bourbon casks. In fact, sherry casks are used to mature less than ten per cent of all whiskies. It is therefore worthwhile to have a few exceptional sherry cask matured drams in your collection.

It is also worth keeping an eye out for whiskies with interesting cask finishes. A cask finish is the barrel that a whisky spends some time in after its initial maturation period. This is done to impart some additional flavours into a dram. Rum cask and wine cask finishes make for quirky and enticing whiskies.

Silent distilleries are distilleries that are no longer actively making whisky. This means that the whiskies that were once produced here are extremely rare and exceptionally hard to come by. It is therefore unsurprising that whiskies from silent distilleries are some of the most highly sought after drams on the market. They are usually the crown jewel in any collection that they grace.

Silent, or closed distilleries attract lots of attention and are often in huge demand, which unsurprisingly translates into big bucks at auction! This is especially true if the liquid already has a fantastic reputation.

Based in Miyota, Karuizawa Distillery was founded in 1955. Whilst it was open, it was the smallest whisky distillery in Japan. It closed in 2001, before the recent boom in Japanese whisky’s popularity, and the land on which the distillery stood has since been sold. In the decades since the closure of Karuizawa, public interest in the brand has really taken off. Famous for their particularly rich sherry cask matured expressions, Karuizawa whisky is as delectable as it is exclusive. Rumour has it that there are now only 50 casks of Karuizawa whisky left in the whole world, causing demand, and prices, to skyrocket!

Port Ellen Distillery was founded in Islay in 1825 and closed in 1983. It is easily one of the most famous silent distilleries in the world. Now set to reopen, whiskies produced in the original distillery – already highly revered by whisky drinkers – are more in demand than ever. The first new release from Port Ellen, a 12-year-okd single malt whisky, is expected at some point in 2032. Getting your hands on an original bottling is no mean feat - the majority of their famously peaty single malt expressions sell for over £1000.

Port Ellen is not the only once-silent distillery set to resume production. Both Brora and Rosebank distilleries are planning a comeback, with their first releases slated for the early 2030s, just like Port Ellen. Seeing as these distilleries will have a surge in popularity again upon reopening, getting a hold of some of their oldest expressions will be difficult and pretty pricey - but exceptionally exciting.

The feeling of getting your hands on a whisky that is never to be produced again is next to none in the world of whisky collecting. Knowing you own some of the last drops of a distillery's precious nectar is a thrill like no other, and avid whisky fanatics will really splash out the cash in order to get a hold of these drams.

Origins of the Species

As whisky appreciation has spread across the globe, a whole world of whisky production has followed. Scotch still dominates the market – both in retail and at auction – however it’s becoming increasingly common for people to collect whiskies from one lesser known whisky producing country. So, if you’ve got a souvenir bottling from a far flung craft distillery, it may well appreciate in value.

Indian and Taiwanese whiskies have begun to flourish in recent years. While these whiskies have really only started to take off this past decade, their popularity is sure to continue to increase. Both countries create whiskies with particularly distinct flavour profiles. Whiskies from India are particularly sweet and aromatic, whereas whiskies from Taiwan are known for their tropical, fruity flavours.

We would recommend adding various whiskies from around the globe to your collection. Even if you have no intention of selling it, tasting whiskies from all over the world increases your appreciation for the complexities of each dram. You can really see the impact that the climate a whisky originates from has on the overall flavour of an expression.

Age Is Just A Number

It may be tempting to invest in a whisky if it has a particularly old age statement. However, make sure you do adequate research before you make any rash purchases. Just because something is old doesn't necessarily mean that it is sought after. If a whisky has been badly made or has been slumbering in a shoddy cask, its maturation period isn't going to redeem it and turn it into a top-quality dram. Look into the distillery's history and what whisky experts have to say about it. Generally, we recommend looking out for limited edition expressions and expressions from silent distilleries before seeking out very old whiskies.

That being said, an old whisky from a popular distillery like The Dalmore or The Balvenie would be an excellent addition to any collection. Any whisky from one of these brands with an age statement of 30 or above is pretty rare and will likely go for a huge amount of money at auction.

It can be daunting deciding on your next investment, whether it is your first or if you already have a creaking shelf. There are three places that will never steer you wrong.

At the Limited Editions section of The Whisky Shop you'll find all the latest special releases from big brands as well as some interesting independent bottlings.

You can also browse the Rare & Collectable section of our site. Here, we have put together a selection of the most highly sought after drams that we stock. You need to get in there fast, though. It goes without saying - once they're gone, they're gone for good!

For a treasure trove of rare and collectable bottlings, just head over to The Whisky Shop Auctions where our rolling auctions have exciting lots for sale every day of the year, and once you decide to liquidate that golden spirit, you can sell there too.

Whisky collecting becomes increasingly popular every year, and in turn, the price of rare whisky is on the incline, too. It can be pretty tricky to work out where to begin or, if you already have a collection, where to go next. Hopefully our guide has put you in better footing for making any future purchases.

Our top tip would be to shop for whiskies that personally appeal to you, especially if you are just starting out. Don't exclusively buy whiskies that you expect to rise in price. If you don't see a price increase in one of your investments, you'll want to actually enjoy drinking it yourself. Make sure to always keep your personal tastes in the back of your mind when you are looking for whiskies to add to your collection. Maybe invest in a few on the basis of expecting a big sale on it in a few years' time, but don't let these whiskies totally dominate your shelves.

And most importantly, remember to do your research! Getting to know different whiskies, collections, and distilleries will really help you out when weighing up a potential purchase. This will prevent you from paying silly money for whiskies that add very little to a collection. Equally, doing your research will also help you source some of the best drams on the market.