Winston’s Water of Life? A Time In History

Brian Wilson delves into the history and hyperbole surrounding Churchill’s relationship with whisky...

The boom in Churchill nostalgia – movies, books, plays, endless articles – has created a caricature in which whisky plays a large part. If ‘The Darkest Hour’ was taken as gospel truth, it might be concluded that Churchill’s unshakeable resolve to defeat Hitler was fueled from breakfast onwards by a drop of the hard stuff while strategic genius was only sharpened by a regular intake. 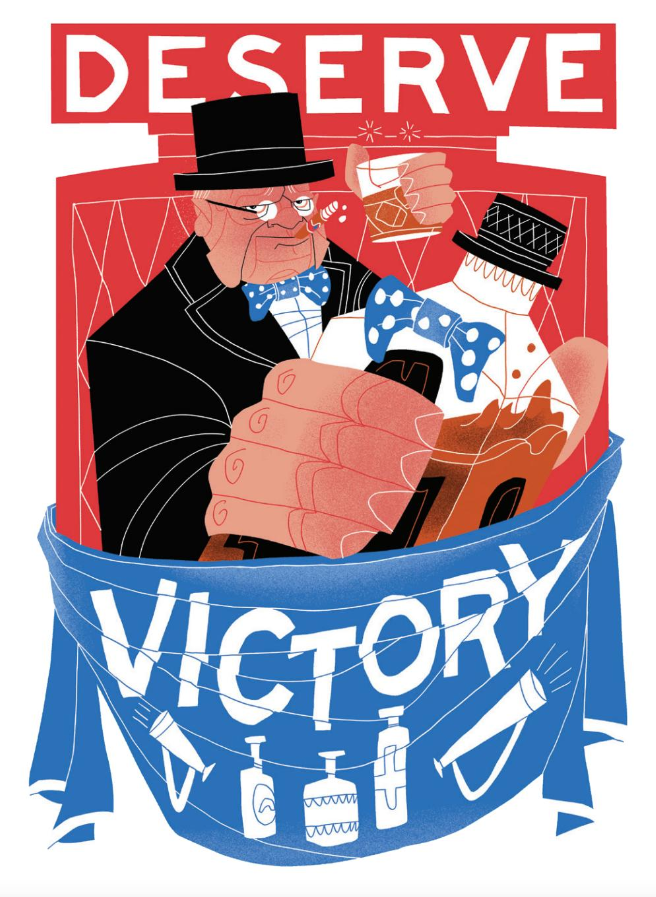 Churchill was undoubtedly a formidable drinker and whisky, for which he first acquired a taste while soldiering in India, figured prominently alongside (Bollinger) Champagne and (Hein) brandy. The consensus among those who knew him at closest quarters tends towards the view that legend exceeded reality – which is probably just as well – but that he was content to encourage the image of indestructibility and limitless capacity.

Aphorism also plays its part in sustaining this reputation. Everyone knows the one about a woman MP accusing Churchill of being drunk. He is said to have replied along the lines of “Yes, madam, and you are ugly but I will be sober in the morning”. As with many good aphorisms, it is not clear when, where or by whom it was actually coined – but Churchill got the credit (or blame).

I consulted a first-hand witness to Churchill’s later years, his grandson, Sir Nicholas Soames MP, who recalled: “Whenever my mother was asked about this by someone bold enough – usually an American journalist – she would reply: ‘I never saw my father the worse for drink, but I often saw him the better of it’”. Which, come to think of it, is itself a pretty fine aphorism!

Nicholas’s childhood memories of visiting his grandfather at Chartwell, the Churchill family home, are of moderation rather than excess. “He would always have beside him a very weak whisky and soda. The colour had barely changed. His budgerigar Toby used to sit at the side and peck the ice.” In an age when single malts barely troubled the market, Churchill’s usual refreshment was Johnnie Walker Red Label.

He was not averse to a Black Label upgrade when cases of it were gifted by Sir Alexander Walker, grandson of the original Johnnie, who became a board member of the Distillers Company when it merged with Walkers in 1925. Churchill regularly thanked him by letter for supplies of “your national brew”.

In the late 1930s, the relationship must have been strained by Walker’s involvement with pro-appeasement organisations like the Anglo German Fellowship – of which he was a leading funder -  and the Right Group. Whatever temporary difficulty this created, the records suggest that a regular flow of Black Label did no harm in restoring harmony while Sir Alexander hastily repositioned himself.

The Churchill Archive at Cambridge University contains an exchange between the two men from December 1942. Two cases of Black Label are dispatched to Chartwell with Sir Alexander’s compliments. Churchill replies that it was “most kind of you to think of me again this year” and – perhaps as a reminder of great matters still to be determined – reciprocates with a signed copy of his book The Unrelenting Struggle. Walker signs off on December 30th: “With great admiration for all you have done for the country, in which you have my loyal and unwavering support”.

Ironically, long before then, Churchill’s career might have been brought to a premature end – not by his attachment to liquor but by the movement to ban its sale entirely. It is one of the lost gems of Scottish political history that he was an MP representing Dundee for 14 years and that this tenure was brought to an undignified conclusion in 1922 when he was defeated by the candidate of the Scottish Prohibition Party, Edwyn Scrymgeour – its only electoral success, ever.

Scrymgeour, a radical Christian socialist, had founded the party in 1901 with limited impact. However, by standing against Churchill in each of the seven elections he fought in Dundee, Scrymgeour became a well-known figure in the city and ultimately the repository for an ‘anti-Churchill’ vote, which probably owed more to the infrequency of the great man’s visits than to enthusiasm for the temperance cause.

When the 1922 General Election was called, Churchill was in London having his appendix removed. He was unable to travel to Dundee until late in the campaign and his chief emissaries encountered a hostile mood. The main speaker on his behalf was a long-time ally and drinking partner, Lord Birkenhead. Winston’s wife observed dryly: “He was no use at all. He was drunk”. She herself fared no better when campaigning in one of the poorest parts of a very poor city. “Clemmie appeared with a string of pearls,” it was noted. “The women spat on her”.

Roy Jenkins, in his biography of Churchill, wrote: “A Scottish joke of the period was that the voters of Dundee, well known to be heavy drinkers, came out of the pubs, staggered to the polls and voted for total prohibition”. Churchill, in defeat, wished Scrymgeour well in representing a city where there was “such fearful misery and distress and such awful contrast between one class and another”.

Once back in London, he reflected on being “without an office, without a seat, without a party and without an appendix”. Churchill now had time to reflect on the permanently chaotic nature of his personal finances, a subject that always weighed heavily. Though born into a life of plenty, his outgoings had long exceeded earnings, which came mainly from journalism and book royalties.

By 1926, the need for domestic austerity caused him to issue instructions to his wife: “No more Champagne is to be bought. Unless special directions are given, only white or red wine, or whisky and soda, will be offered at luncheon or dinner. The Wine Book to be shown to me every week. No more port is to be opened without special instructions….”.

By then he was back in the House of Commons having secured the more convenient seat of Epping, on the outskirts of London, where he remained secure for the next 40 years. After serving as Chancellor of the Exchequer until 1929, Churchill did not hold Ministerial office again until 1940 so he continued to make ends meet through his writing, a labyrinth of investments and public speaking engagements.

In 1932, he embarked on what was intended to be a lucrative 40-stop lecture tour of the United States. However, he did not get very far before encountering a familiar hazard for the Englishman abroad – he looked the wrong way while attempting to cross New York’s Fifth Avenue and was promptly knocked down.

Pausing only to pen a piece for the Daily Mail about his experience, he ended up in Lennox Hill hospital where he signed in as ‘Winston Churchill, a British statesman’. There he remained for six weeks, before returning to the lecture circuit. Worse still, this was the time of Prohibition and Churchill required a ‘free pass’ from the hospital physician who affirmed that his convalesence “necessitates the use of alcoholic spirits especially at meal-times”. Thus, fortified against the constraints imposed on lesser mortals, he went back on the road.

With his warnings against German re-armament throughout the ‘wilderness years’ of the 1930s, Churchill became an unfashionable political figure. If there was a period when he really did drink too much, then this was probably it. In 1940, the call finally came and the rest is history on an epic scale.

Whether or not whisky helped win the war remains open to question, but it certainly did no harm to his reputation or longevity. In later life, it became “the stimulating sip that puts a little spring in the step of an elderly gentleman on a frosty morning”. In January 1965, Sir Winston Spencer Churchill died at the decent age of 90. 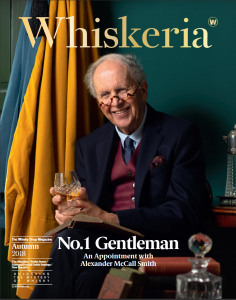 The original feature is our cover story in the Autumn 2018 edition of Whiskeria, delivered to the door of W Club subscribers and also free with any Whisky Shop purchase in store or online. Learn more here.