With a new premium whiskey and a distillery on the way, the Roe name is making its way back to Dublin

With a new premium whiskey and a distillery on the way, the Roe name is making its way back to Dublin

At one time Ireland’s biggest distillery, George Roe’s stood proudly in the heart of Dublin alongside such industry stalwarts as Jameson’s and Power’s, dwarfing both with an output of over two million gallons per year. Now all that remains is the iconic St Patrick’s tower – a 150ft high brick-built windmill, now without its sails – and a single pear tree dating from the 1850s. A victim of US prohibition in the 1920s, the distillery was forced to closed in 1923 with the loss of export markets. Now some 94 years later, the Roe name will return to Dublin once again with the announcement of new distillery and a €25million investment from Diageo.

Irish whiskey is the world’s fastest growing spirits category, with global sales increasing by over 300% in the last ten years, so it is no surprise that the world’s largest producer of spirits is returning to Irish whiskey following its sale of Bushmills in 2014. In addition to the new distillery, a brand new premium blended Irish whiskey has already hit shelves. Roe & Co. is a blend of single malt and grain whiskeys matured in ex-bourbon American oak, a high percentage of which are first-fill. Developed by Diageo’s Master Blender, Caroline Martin, after literally scores of trials, Prototype 106 was eventually chosen as the final article in a process that took around two years. With apparent pear notes, the final choice is a fitting tribute to the original George Roe distillery and its last remaining occupant. 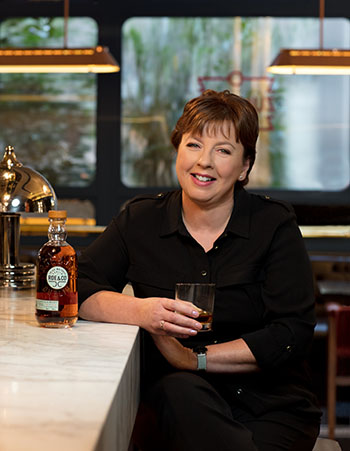 Specifically created to hold up in cocktails as well as to be enjoyed neat or with water, Roe & Co. is fragrant and rounded with notes of soft spice, mellow spun sugar and warm hints of woody vanilla. The balance of the blend is immediately evident on the palate with a velvety texture and sweet flavours including spiced pears and vanilla, while a gentle creaminess lingers in the finish. 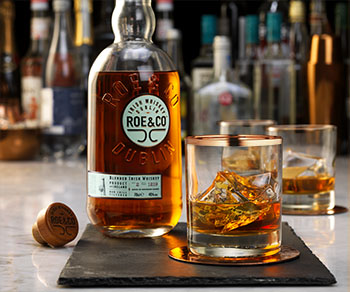 While the new three-still distillery is currently in the planning stages, Roe & Co will be available to purchase from The Whisky Shop in April 2017. 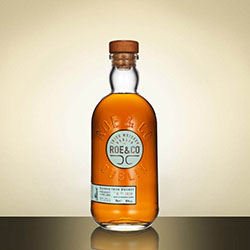