Skip to Content
We're Open!Click for coronavirus updates Free UK DeliveryAvailable on orders over £99 We ship to the USA & EUSecure worldwide delivery to 50+ countries 4.8/5 Feefo RatingReviewed by 3000+ customers 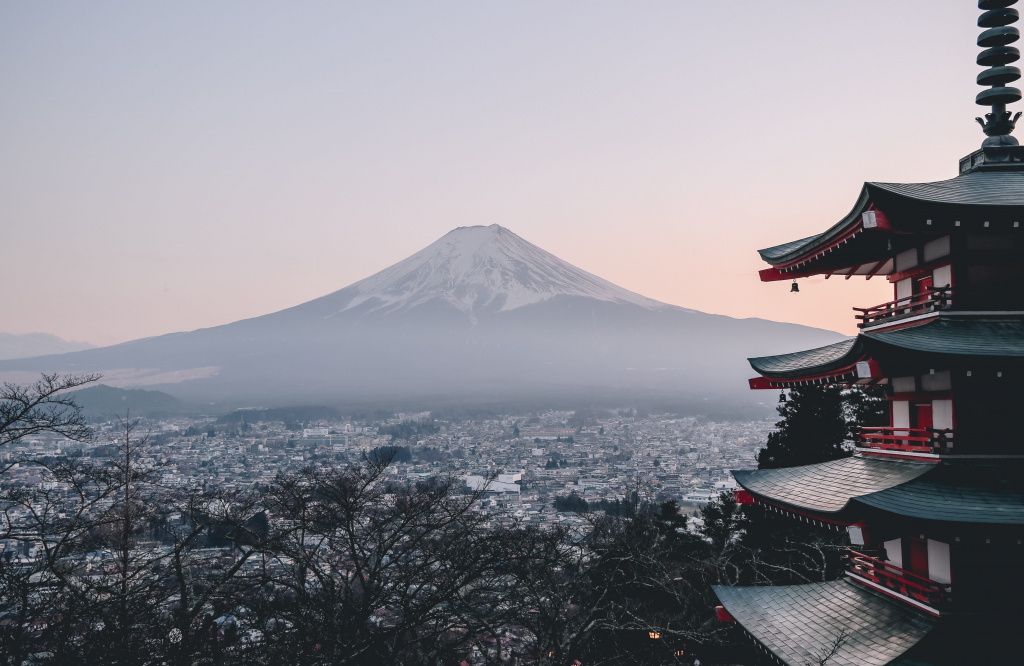 Many UK embassies around the world have intriguing stories to tell, usually from an era when imperial power encouraged exceptional real estate offerings from host countries. The classic example is our address in Tokyo, which is the only complex allowed to overlook the Imperial Palace.

When I first stayed there as a Minister, a new ambassador had arrived, and his wife went exploring in the bowels of the residence. She came up with a priceless find – the original visitors’ book which tracked the movements of Brits through Japan in the 1920s and ‘30s.  Entries stopped abruptly on the eve of Pearl Harbour.

What happened next reflected an extraordinary adherence to diplomatic protocol.  While the horrors of war were unfolding, the Embassy remained unscathed and unoccupied for any other purpose.  Its extensive grounds were carefully maintained. The day after Japan’s surrender in September 1945, the first entry in the book was from the Officer Commanding Allied Forces in the Far East, and the whole routine kicked off again.

These days, signatures are more likely to come from British businessmen and their Japanese partners, attending some reception or other.  As our foreign service has adapted over the past 20 years to become more trade-oriented, these property assets – often the best address in town – have become valuable tools of soft diplomacy. Lots of people like an invitation to the British Ambassador’s place.

No organisation has been more assiduous in developing these relationships than the Scotch Whisky Association, which certainly knows its way round the embassy circuit for trade purposes and is frequently called on to oil the wheels of hospitality.

Japan is a key market for the industry. In 2018, it imported 50 million bottles of Scotch which put it at number six in the charts by volume behind the United States, France, India, Mexico, and Spain. This is in spite of Japan’s own reputation as a producer of whiskies, both of high quality and at the lower end of the market. 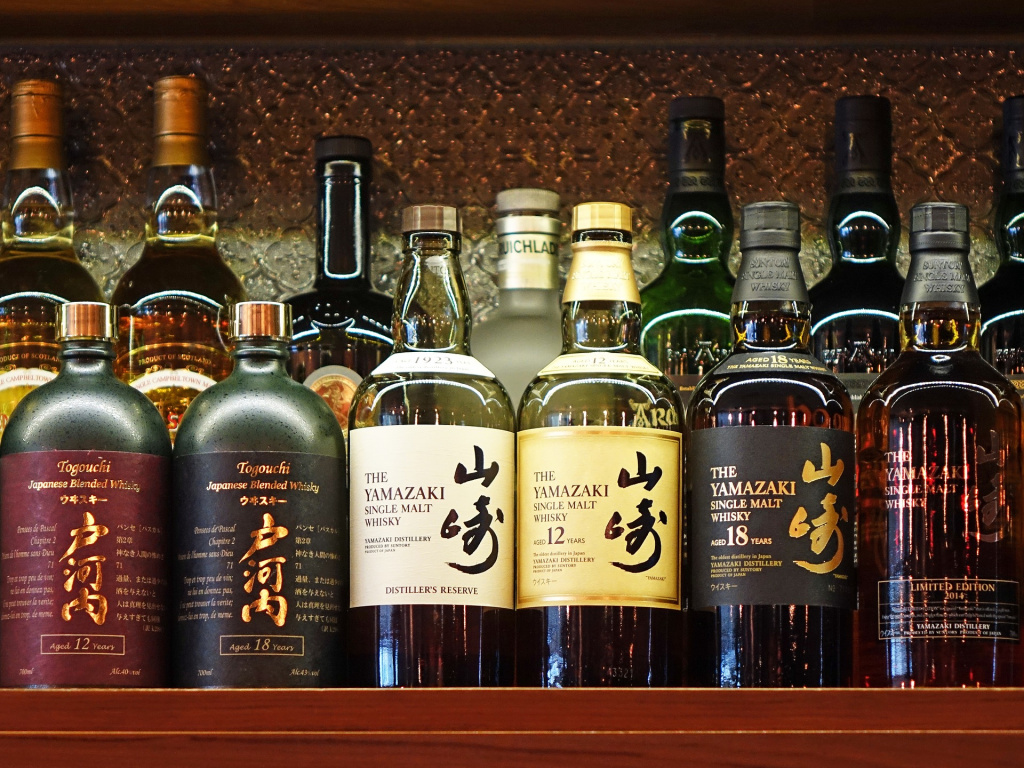 In the 1960s, the Scottish entertainer Andy Stewart recorded a song in praise of whisky which included the lines:

The Japanese are really great, the things that they can imitate

But one thing they can’t recreate is good old Highland Whisky.

That theory did not survive the test of time. As with much else, the Japanese moved rapidly from being imitators to innovators.  Japanese whisky has been around since the 1920s, but global demand has soared in recent years after its finest blends started picking up the industry’s most prestigious awards – which has led to some curious outcomes.

The definition of ‘Japanese Whisky’ can be pretty vague. Between 2017 and 2018, in response to this growing demand, bulk imports of Scottish-made whisky to be incorporated into ‘Japanese’ blends, soared by 141 per cent. One example of this trade is Ben Nevis Distillery at Fort William, which has been Japanese owned since 1989, with much of its output going into the Black Nikka Clear range of blended whiskies. According to the analysts Bloomberg: “Much of what ends up in Japanese bottles is from Scotland and Canada”.

That helps explain why pure Scotch continues to lead demand in the whisky bars which feature in all Japanese cities. When the Rugby World Cup was held recently, I met the owners of three such bars in Yokohama at a reception in the Ambassador’s residence. They represented Yokohama Whisky Club, which had produced a special blend to mark the occasion.

Subsequently, I visited one of the bars – the Shanty Shack – which should be a ‘must’ on any visiting whisky-lover’s itinerary. It stands out as an old, low building in a high-rise suburb and contains a massive collection of Scotch single malts and blends, as well as Japanese whisky and bourbon. According to the owner, Shigeyuki Kuramochi, Scotch single malts remain easily the most popular category, with Glenfiddich his brand leader.

Having developed a whisky interest, Shigeyuki was not content just to sell the product. In the 15 years since the bar opened, he has travelled several times to Scotland to visit distilleries, and has become a ‘whisky professional and lecturer’ accredited by the Japan Whisky Research Centre. When the Japanese alight upon a subject, they tend not to deal in half-measures.

In fact, they even have a word for it – otaku – described to me as “more than a passion but less than an obsession”. I recall another example from an earlier visit which also confirms the Scotland-Japan cultural affinity. Scanning an English-language newspaper, my eye caught an intimation that Tokyo Pipe Band were holding a practice session and welcoming new members. I went along (with a view to writing about it rather than playing, I should hastily add). 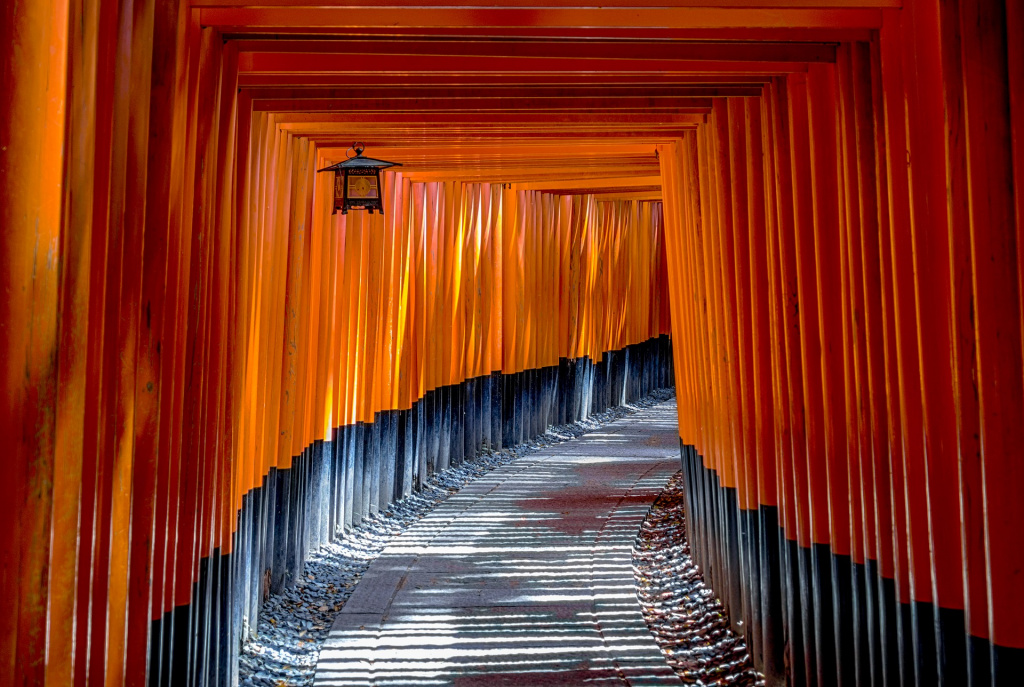 My expectation was that a collection of ex-pats might run through a few tunes before adjourning to the nearest hostelry. Nothing could have been further from the reality. The pipe-major was an Australian but otherwise the band was made up of earnest young Japanese – most of them engineering students of Professor Masami Yamane.

He had developed an interest in pipe music through BBC Radio in the post-war years. Not only had he learned to play the instrument, but also invented an electronic tuner which assisted in the tricky art of producing just the right sound from the drones. “I showed it to John Burgess,” he told me, referring to the greatest Scottish piper of that era, “but he did not like…”.

This did not surprise me, since gadgets had no place in the traditions of the great Highland bagpipe. However, the march of progress could not be halted and today every pipe band uses electronic tuners derived from Dr Yamane’s invention. Meanwhile, in deference to their esteemed Professor, a generation of his students learned to play the pipes, and the Tokyo Pipe Band survives to this day.

The Japanese gifting culture plays a big part in creating a high value market for Scotch Whisky. There is no more respectful gesture than to present a really good bottle of single malt Scotch, suitably packaged. This has created a network of knowledge and demand which continues to make Scotch Whisky a symbol of both aspiration and success within Japanese society.

It is the habit of every ambitious Japanese employee to aspire to the behaviour of those above him. So, if the big boss – the sacho san – drinks Scotch whisky, then so does he (and in this intensely male-dominated society, it normally is ‘he’). Sometimes the outcomes were not particularly happy, as Tokyo-based writer Andrew Baker described:

“The first peak of whisky consumption in Japan came in the boom years of the ‘70s and ‘80s when Japanese industry and business was conquering the world and executives driving such success, salarymen with identical suits and briefcases, were national heroes who worked hard and played with equally terrifying zeal.

“These men’s appetite for a snifter or three was entertainingly out of kilter to their ability to withstand the effects of alcohol. One of the few dangers to citizens in the streets of Tokyo was tripping over the prone forms of unconscious salarymen on station platforms, in train corridors or on street corners”

It has all become more sophisticated since then. There are not so many identical suits, perhaps greater circumspection in the consumption of strong drink and, as a result, fewer threats to public safety! However, Japan’s appetite for Scotch whisky remains undiminished, and to that we can all say: “Kanpai!” –  or “cheers”.

Japanese drinking culture has subtle rules which include the right to pull out before the going gets really serious. The toast of banzai! ("to live 10,000 years") as all glasses are brought together is usually a warning sign, and etiquette advises: “Be enthusiastic. Don't be the one at the table who isn't excited about living 10,000 years”.

If you hang in after that, the biggest danger is getting caught up in the karaoke.