At the end of last year, Diageo released a Talisker 40 year old - "the oldest ever general release of this famous malt", and the first planned annual release in what they term the 'Bodega Series' of ancient Taliskers, each finished in very special ex-sherry butts sourced from the Jerez region of Andalucia. Now an even older expression has been released. 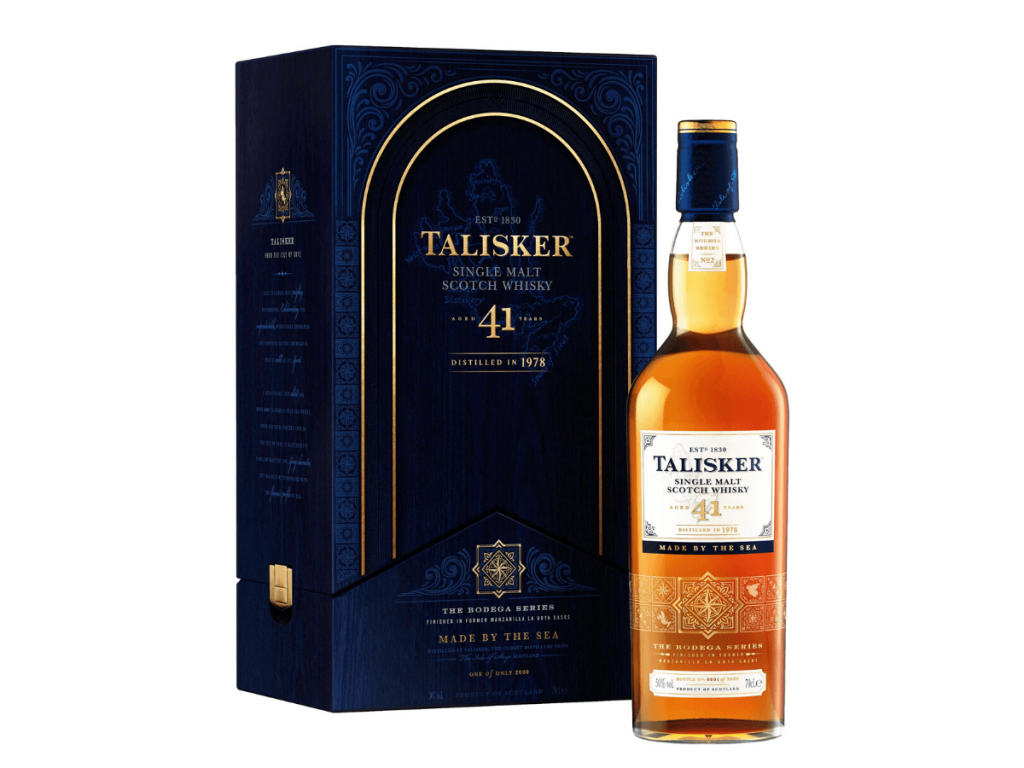 The Talisker 41 year old was matured in American oak refill casks before being finished in six 'exceptional' ex-Solera, sherry butts (each over 100 years old), which had contained La Goya Manzanilla from Delgado Zuleta of Sanlucar de Barrameda, a company which traces it's history to 1719 and is the oldest winery in the Jerez region. A descendant of the founder married the glamorous sea captain Jose Maria Delgado y Zuleta in the late 19th century and the company took his name, soon becoming suppliers to the Royal House of Spain.

Sanlucar is, of course, renowned for it's Manzanilla sherries, and La Goya is a leading brand. Diageo chose Bodega Delgado on account of it being the oldest bodego in Spain, neatly marrying with the oldest distillery on Skye; Delgado also promised the possibility of obtaining some sherry butts of equivalent age to the Talisker. Master Blender, Dr. Craig Wilson, worked alongside Delgado's Sherry Masters to select the casks.

"The ledgers in our extensive archive record of all the types of sherry cask used to mature Talisker go back to the early 1900's, and Delgado was a key supplier... The 1978 vintage pays homage to re-imagining the flavours that were potentially being enjoyed back then."

Only 2,000 bottles of Talisker 41 year old are available worldwide, each presented in a hand-made bottles, housed in a box made from ex-sherry oak, which, Diageo says...

"evokes the many stages of the whisky's history and journey."

Deep gold with amber lights and good beading. A mellow nose with no prickle, dense and faintly peaty/mossy, with a top note of linseed oil, supported by a suggestion of sweet dried seaweed. The texture is oily and the taste sweet, becoming savoury and lightly salty; drying in the finish, with just a suggestion of Talisker spice and smoke. An outstanding example of a noble malt.