We say 'Bienvenue!' to The Whisky Shop Paris and its brand new website.

The Eiffel Tower, Notre Dame Cathedral, Champs-Élysées, the Louvre, the Whisky Shop – wait, what? Just a stone’s throw from the Arc de Triomphe and a mere 500m from the official residence of President François Hollande, a familiar sight glistens from behind the windows of a former Parisian townhouse. The Whisky Shop Paris officially opened its doors in April 2016 following a loving renovation of the 19th century building on Rue de la Madeline, highlighting some of the original features with bold modern fittings. The result is a stunningly luxurious space that is as inviting as it is indulgent, much like the spirit whose name hangs above the door. 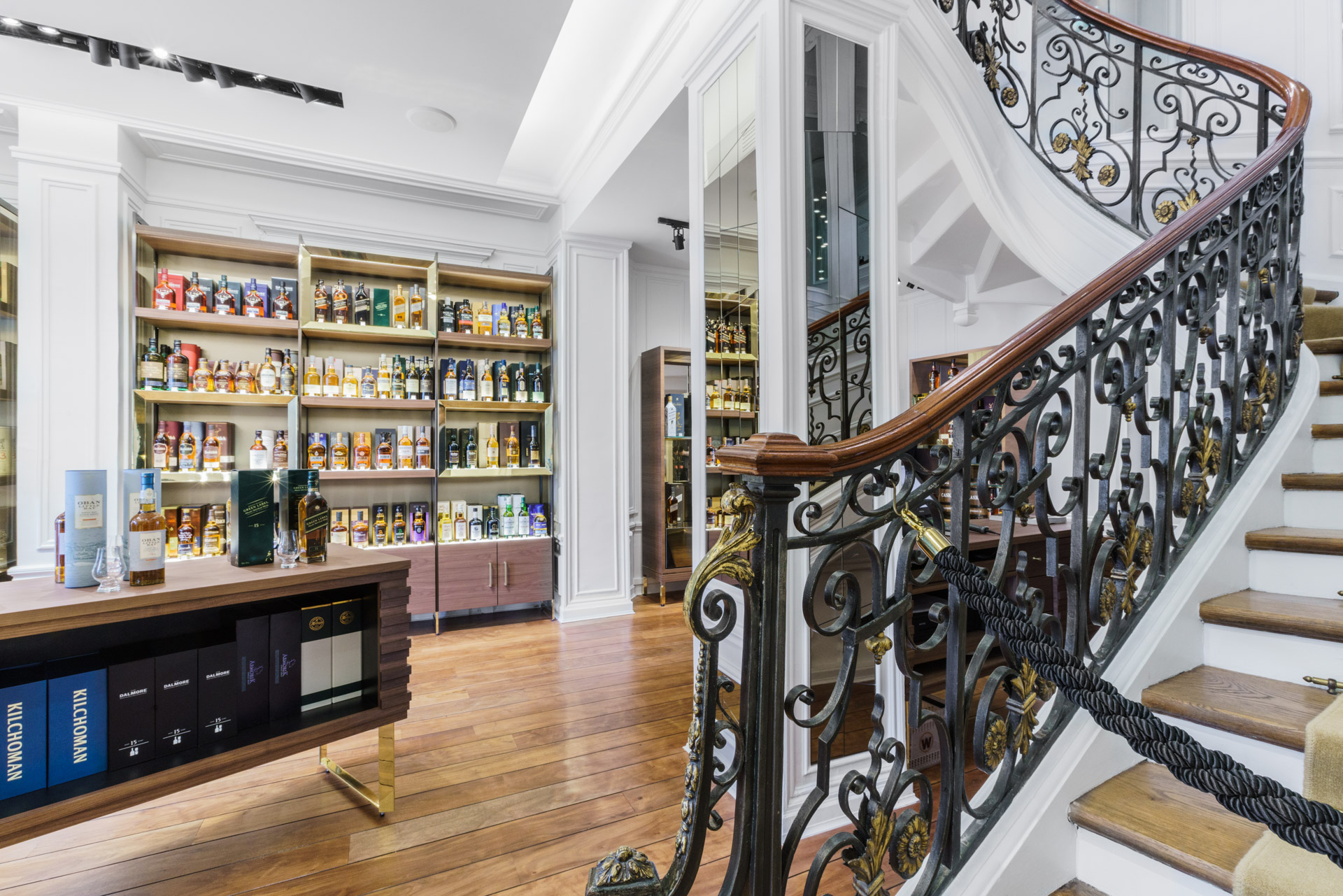 To the rear of the main shop on the ground floor is a unique area known as the Angels Room, an intimate chamber decorated in black and gold, with a pair of LED wings floating above. Inspired by the Angels’ Share that is lost during maturation of whisky, this room plays host tastings and product launches, with the Macallan the present brand in residence. 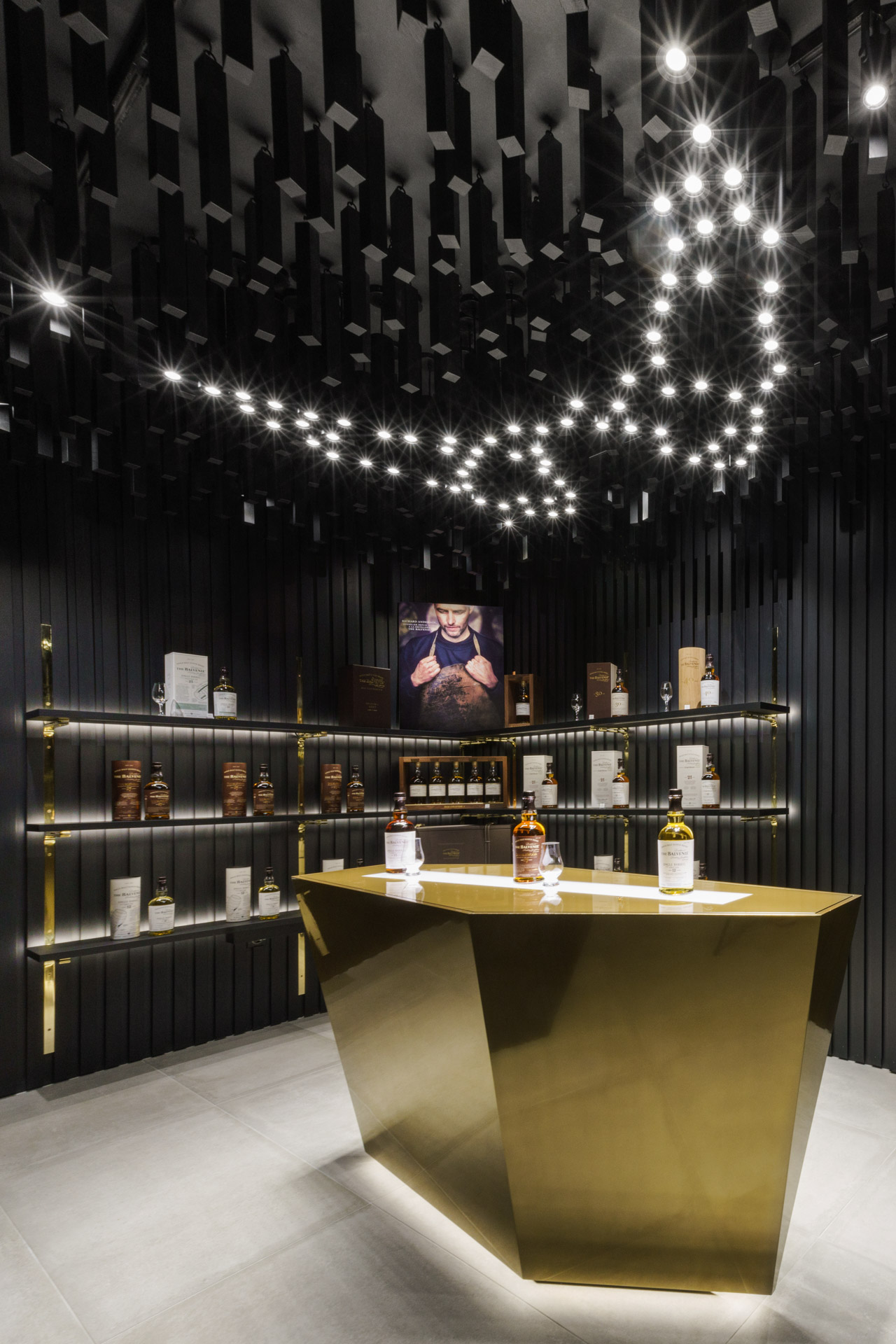 Climbing the magnificent 19th century staircase leads to the Salon Privé, an exclusive room hosted by Johnnie Walker, one of the biggest selling whisky brands in the world. As well as tasting the range, guests can lounge around in the decadent furnishings while they wait on a custom engraving on their favourite bottle. 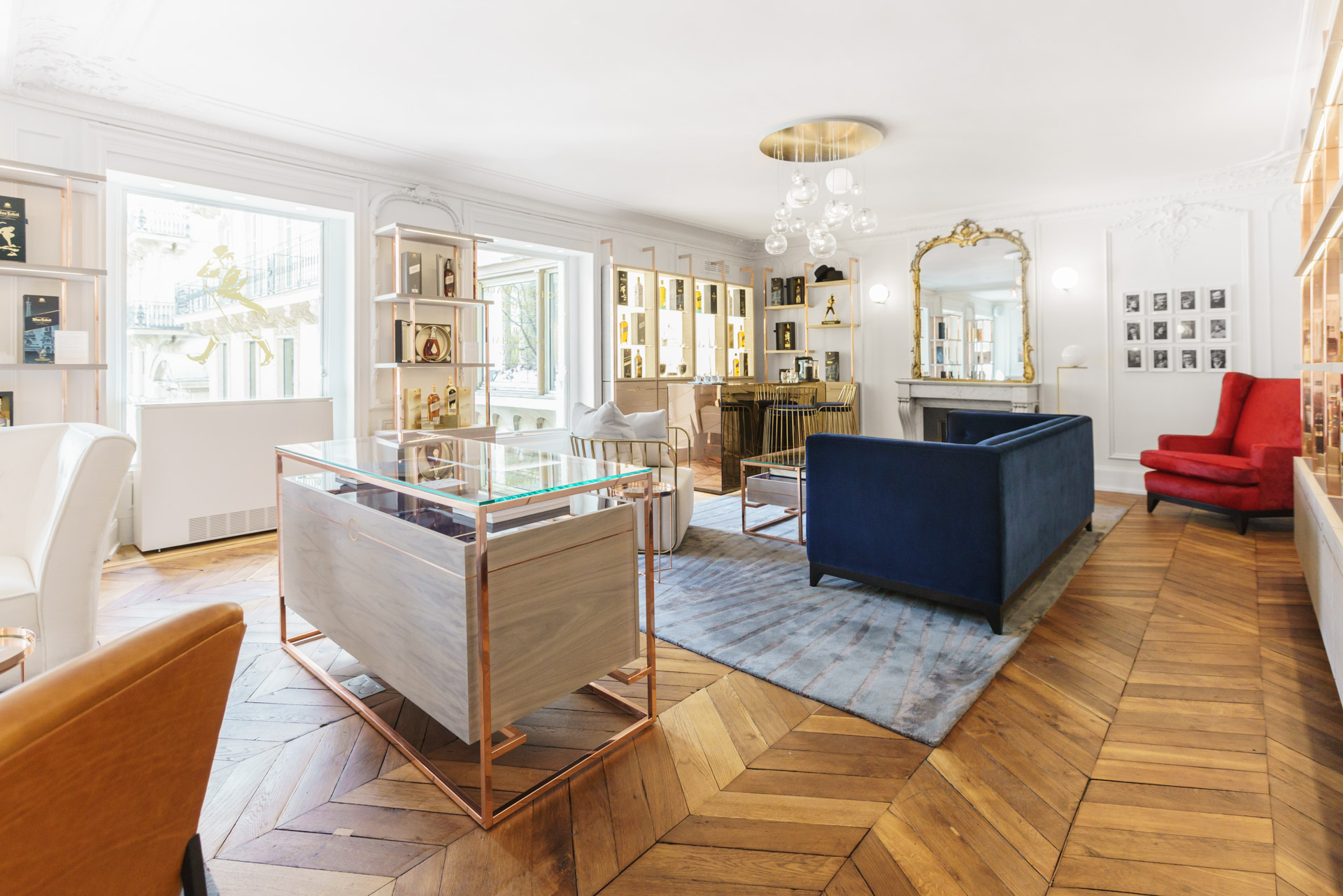 In celebration of its three-month anniversary, The Whisky Shop Paris has launched its own website showcasing its range of rare and collectable whiskies to consumers and collectors all over the world. While you may not be able to sink into the soft blue sofa in the Salon Privé, you can still get your hands on some of the world’s most collectable whiskies with worldwide delivery from The Whisky Shop Paris.