​A Literary Review: The Authors’ Series

Each one had been carefully chosen both for its incredible flavour, and also as homage to a great author whose values the Hunter Laing experts believed to be reflected by the liquid.

With the second instalment of this prestigious series released just this week, we thought it was about time to perform a little literary and literal whisky analysis to discover the parallels between each Author’s ethos and the dram ascribed them. 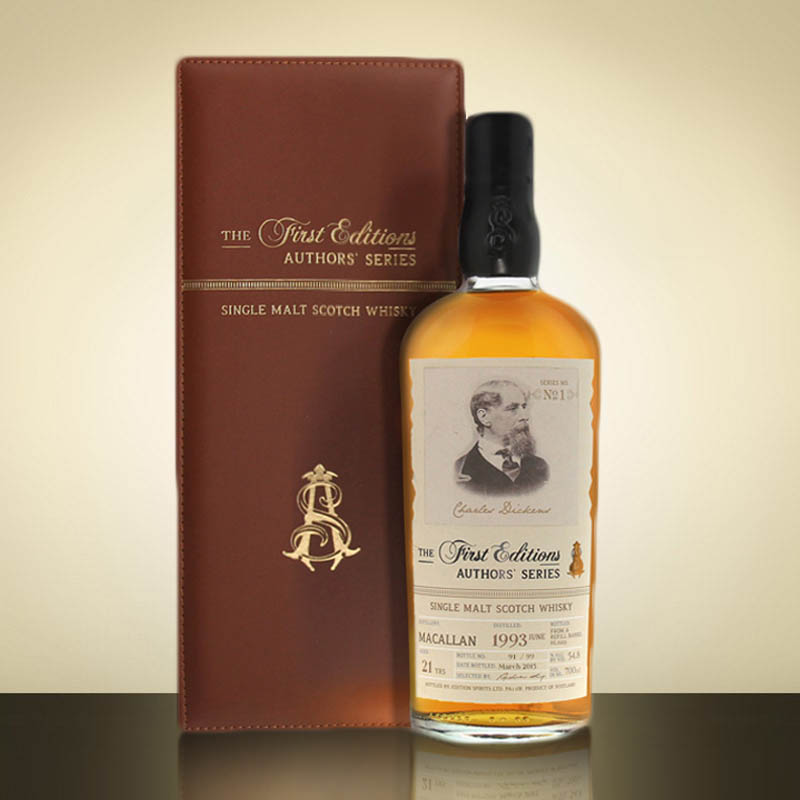 Anyone even vaguely familiar with literature is likely to know the works of Charles Dickens and, likewise, anyone with even the most basic knowledge of whisky is sure to have heard the name ‘Macallan’. Already, then, Hunter Laing’s pairing begins to make sense!

But there’s more to it than that. Dickens’ ubiquitously known work A Christmas Carol is, ultimately, a warming story that conjures memories of spiced fruit cake and old fashioned, comforting hospitality and the Macallan 1993 reflects this. Consider further the progression from tragedy to heroism Dickens almost always followed in his works – it’s a perfect balance of storytelling that incites universal pleasure and acclaim in every incarnation, much like the world-revered Macallan whiskies.

Both classics in their own right, it seems like a no-brainer for the Victorian age’s most enduring story-teller to lend his spirit to a Speyside whisky of worldwide notoriety. 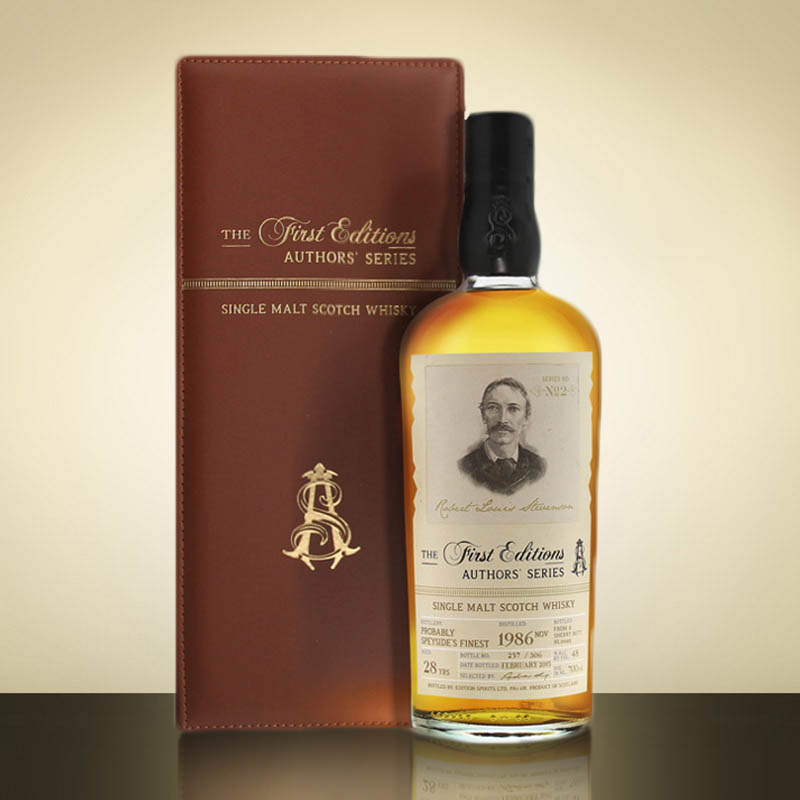 Believed to be a Glenfarclas 28 Year Old, this whisky is a fine example of what the East of Scotland has to offer, and hails from one of the country’s few remaining independent distilleries.

An ambitiously adventurous dram, it’s the perfect pairing with a true Scottish legend, pioneer of adventurous spirit and East Coast native: Robert Louis Stevenson. One of the most translated authors of all time, Stevenson’s works have been widely admired amongst the literary community since early in his career.

His best known works Treasure Island and The Strange Case of Dr. Jekyll and Mr. Hyde provoke readers’ imaginations with bold ideas and strong characters – much like the delicious whisky chosen to represent the author!

Always one to forge his own path, and enternally charming with it, Robert Louis Stevenson shares many qualities with Glenfarclas – one of Speyside’s most exciting distilleries. 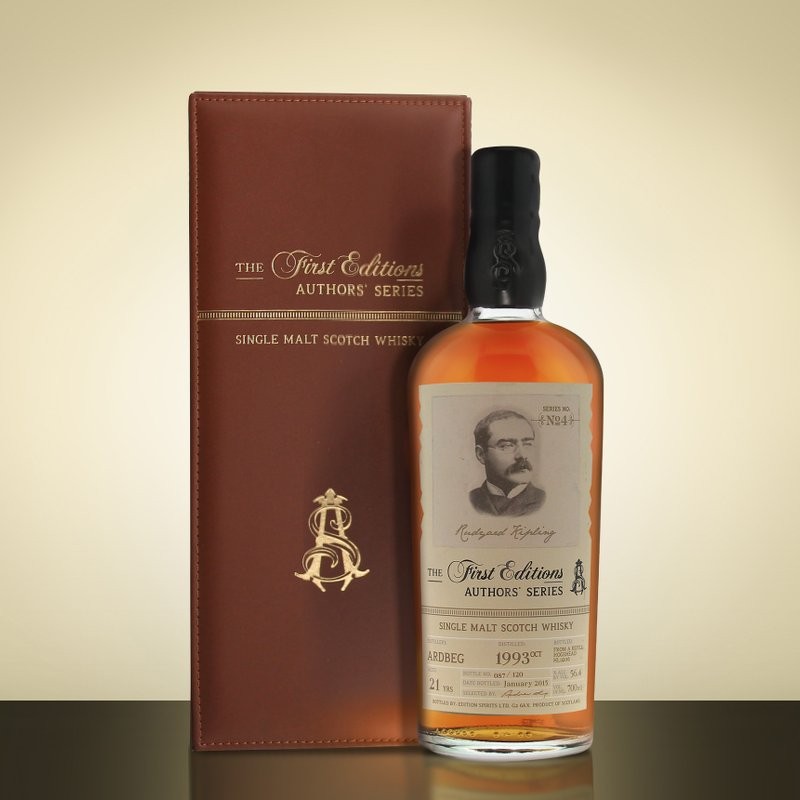 Rich, peaty and mysterious, the Ardbeg 21 Year Old expression is deeply complex, and was chosen to represent Rudyard Kipling. Hailed as a game-changer in short story writing, he was not only the first ever English-language winner of the Nobel Prize for Literature, but also also its youngest ever recipient.

Considered a controversial figure for his political stance and literary representation of the British Empire, Kipling is most widely known for his children’s novel The Jungle Book.

Take these attributes and apply them to whisky, and what do you expect? A contentious dram – one that will have the crowds divided. Check.

To represent Kipling’s time in Asia and Africa: perhaps hints of spice, maritime notes, a sense of the exotic and enigmatic. Check!

This richly peaty whisky is intriguing and enchanting. It tells a story in one short sip – we can’t think of a better dram to represent the great Rudyard Kipling. 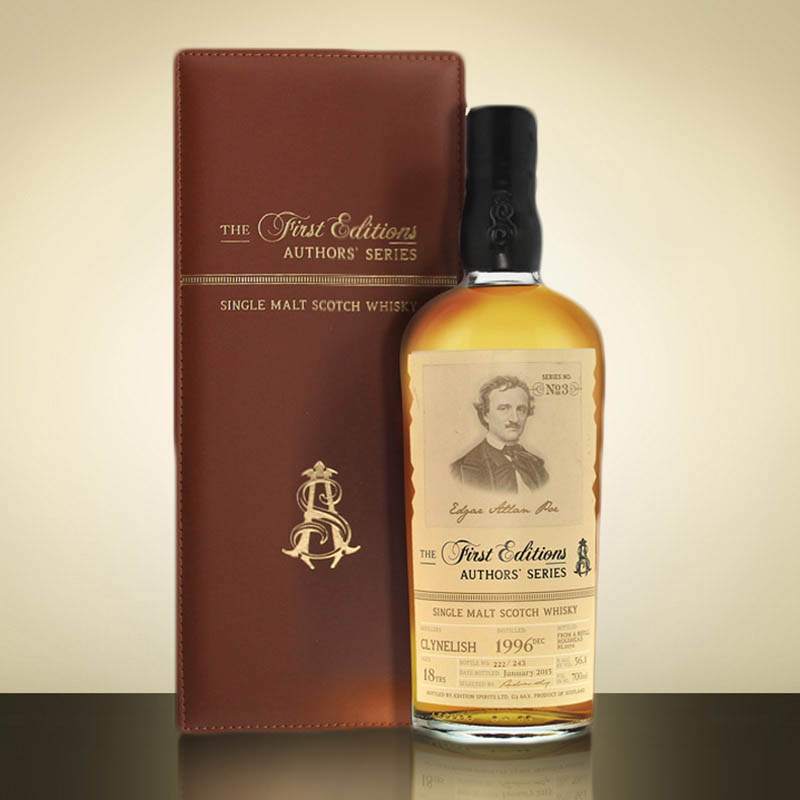 Playfully referred to as ‘the father of the goths’ in modern culture, American author Edgar Allan Poe’s name immediately summons images of the maudlin and macabre, with his best known-works considered to be classics of Dark Romanticism and Gothic fiction.

So, how does this written personality translate into whisky?

Imagine a wonderfully light dram that is curiously and seductively sweet. Delicate and mysterious, it will romance you with subtle, thought provoking nuances…

Keep your eyes peeled for the next chapter in our study of the series, coming soon!