When it comes to Whisky, Scotland can be divided into six very distinct regions. Let's learn more about each one: 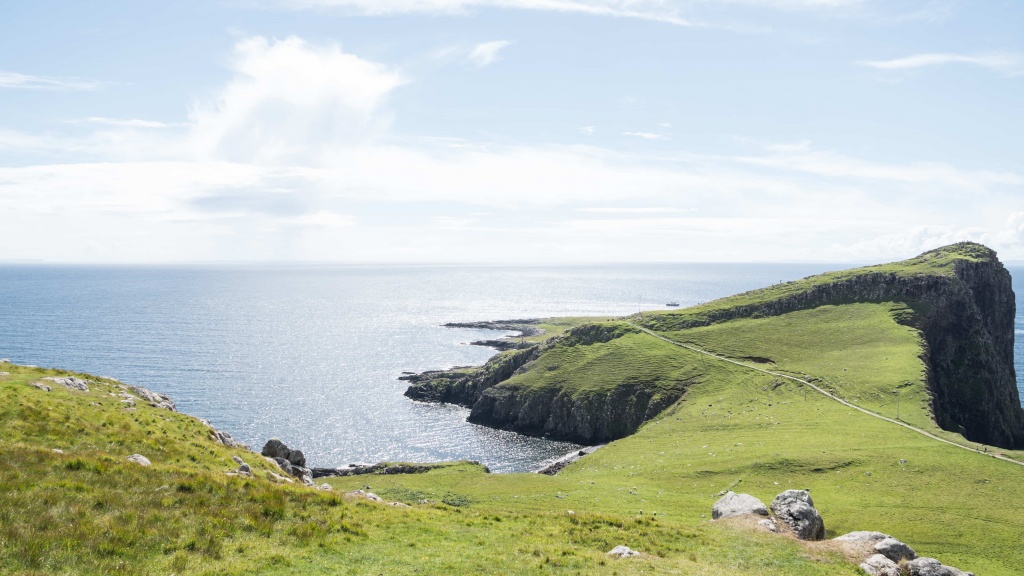 When it comes to whisky, Scotland can be divided into six distinct regions – the Highlands, the Lowlands, the Islands, Speyside, Islay, and Campbeltown. These regions are all famed for bringing their own unique characteristics, flavours, and history to the nation’s best-loved drink. A whisky distilled in the Islands will vastly differ in taste from a single malt from the Lowlands. So much can be learned about a whisky by understanding the region from which it originated.

Probably the most famous of the six whisky regions of Scotland are the Highlands. The Highlands are also the largest of the six regions as they stretch from the North of Glasgow up to the very top of Scotland. The Highlands are iconic for their sprawling scenery – rolling mountains, winding rivers and vast lochs. It is the purity of this environment that lends itself to the whisky that is produced here.

Due to the sheer size of the area, it is difficult to pinpoint one distinct taste that comes with single malts from the Highlands. It is more helpful to divide Highland whiskies into four categories depending on what specific sub-region they are from. Drams from the North tend to be rich and saccharine, whereas the single malts that you will find in the South are generally lighter with fruity notes. The East produces similar drams to the South; however, they tend to be a bit more full-bodied. The West also yields full-bodied whiskies that are distinguished by their peaty taste. Due to the variety in the taste of Highland whiskies, you are sure to find something that suits any palate in this region.

Despite the massive variety in taste, there are still some flavours to look out for that are typical for single malts from the Highlands. Spiced fruitcake, honeyed heather, and smoke are all markers of a Highland whisky.

Boasting over 25 distilleries, the Highlands produce 25% of all the whisky that comes from Scotland. The oldest of these distilleries is The Glenturret in Crieff. Founded in 1763, The Glenturret remains operational to this day and is a bustling tourist hotspot.

Other notable active distilleries in the Highlands include The Dalmore, Glenmorangie, Aberfeldy, Oban, and The Glendronach. 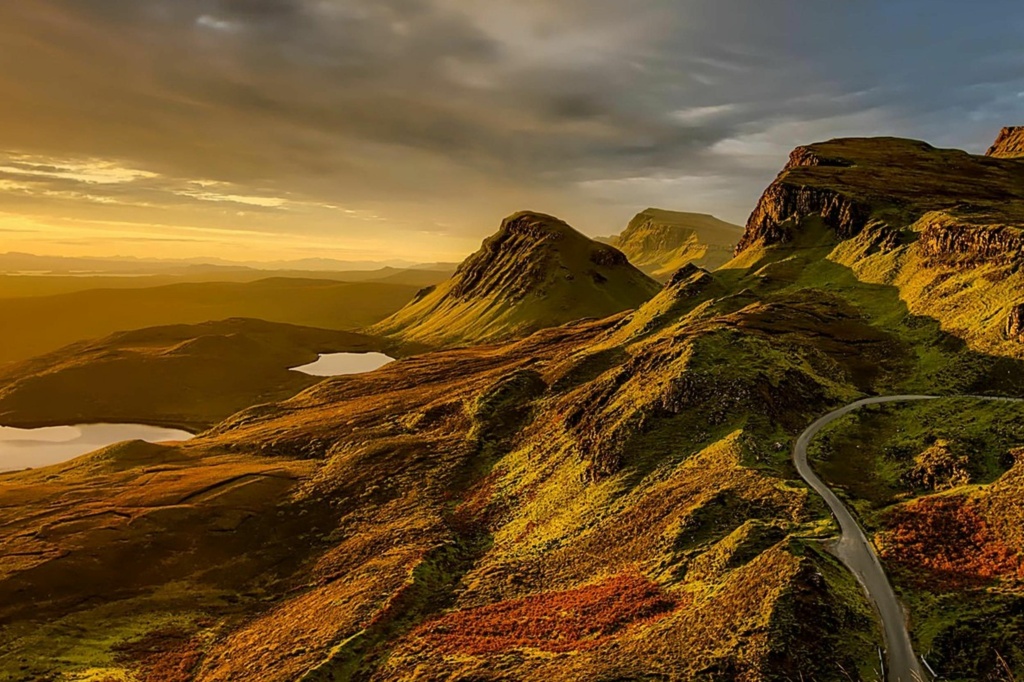 At the opposite end of the country lies the Lowlands. This area starts within the Clyde and Tayside valleys and extends down to the Scottish Borders. The Lowlands are the second biggest of the six whisky regions.

Rolling mountains are replaced by lush stretching fields and woodland; perfect for growing the barley that gives birth to our prized drink. As a result of this, the whiskies of the Lowlands tend to be lighter in character, incorporating the character and flavours of the green grassy landscape. On top of this, many of the whiskies from this area are triple distilled which adds to this characteristic smoothness.

Distinctive flavours to look out for in Lowlands whisky are cinnamon, cream, and freshly baked bread, as well as often having delicate floral notes, too. The gentleness of drams from the Lowlands makes them the perfect place for whisky novices to start out with as there are no powerfully overwhelming flavours at play. Whiskies from the Lowlands also make great early evening drinks as they are generally very light and refreshing.

The Lowlands boast popular distilleries such as Auchentoshan, Glenkinchie, and Daftmill. Oldest of all is the Bladnoch distillery, which is over 200 years old, having been founded in 1817. Based in Dumfries & Galloway, Bladnoch reopened in 2017 after a period of ceasing operations. Bladnoch Distillery offers various tours and tasting sessions to the public. 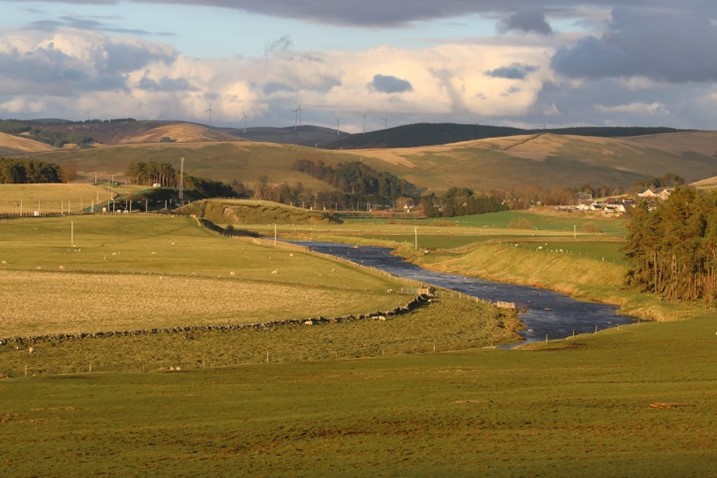 Venture out to sea and you will come across the historic Scottish Islands. Here you will find the Island of Skye, Arran, Mull, Orkney, and Jura. Unsurprisingly, each of these islands make different styles of whisky, all with distinct tastes. Be sure to bear in mind that when we talk about the Islands, this does not include Islay, which is credited as its own separate region when it comes to whisky making.

Crashing, salty waves, fierce, unforgiving winds, and dark peaty earth give the Islands’ single malts their distinct taste and appearance. Darker in appearance and a lot smokier, these whiskies pack a powerful punch, full of flavour and character. Often peppery and oily, and often balanced with a hint of honey make drams from the Islands are truly unforgettable.

However, the variety in expressions from the Islands mean that you are almost guaranteed to find something to suit any taste from this region. Whether you prefer smoky taste of Highland Park or the nutty single malts of Jura, you are sure to stumble upon a dram that is perfect for you.

Despite not having a large number of distilleries, the Islands boast some of the best known names in whisky such as Arran, Jura, and Talisker. The name Talisker means "land of the cliff" in Gaelic and it is the largest of all the Islands’ distilleries. If you are visiting Skye, be sure to make a stop at the Talisker Distillery! 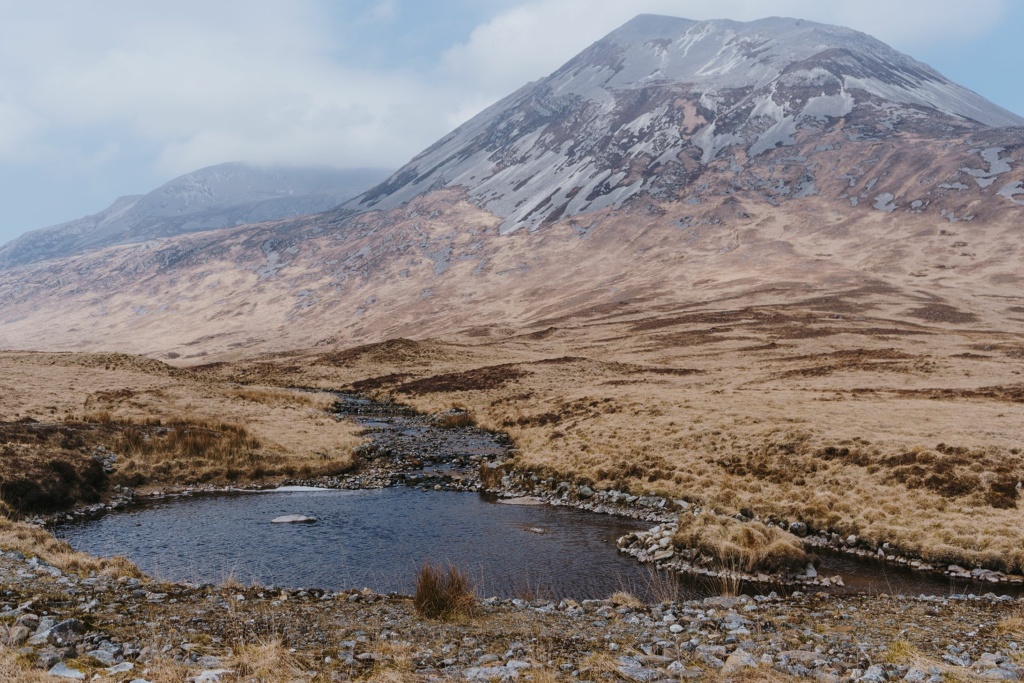 Even though the Highlands are the most famous of the whisky regions of Scotland, it is the Speyside region that is at the heart of Scottish whisky distilling. Despite it being a pretty small area, over half of the malt whisky produced in Scotland can be traced back to the Speyside region. Combined with the Highlands, these two regions produce 85% of all of Scotland’s whisky!

Feeding from the River Spey which winds through its rich land, the distilleries produce a whisky that is instantly recognisable by its fruity, warm, oaky vanilla character. Speyside whiskies tend to be significantly less peaty than whiskies from other regions. However, despite having some distinguishing flavours, Speyside is home to a varied selection of whiskies due to the sheer volume of production.

Speyside is home to some of the most famous whiskies in the world, including The Macallan and Glenlivet. The best-selling single malt in the world, Glenfiddich, is also produced in this region. Based in Dufftown, the 136-year-old distillery’s drams makes up 30% of all single malt sales! Warm, fruity, and spicy, Glenfiddich whisky is full of character and is the perfect place for whisky novices to start out. 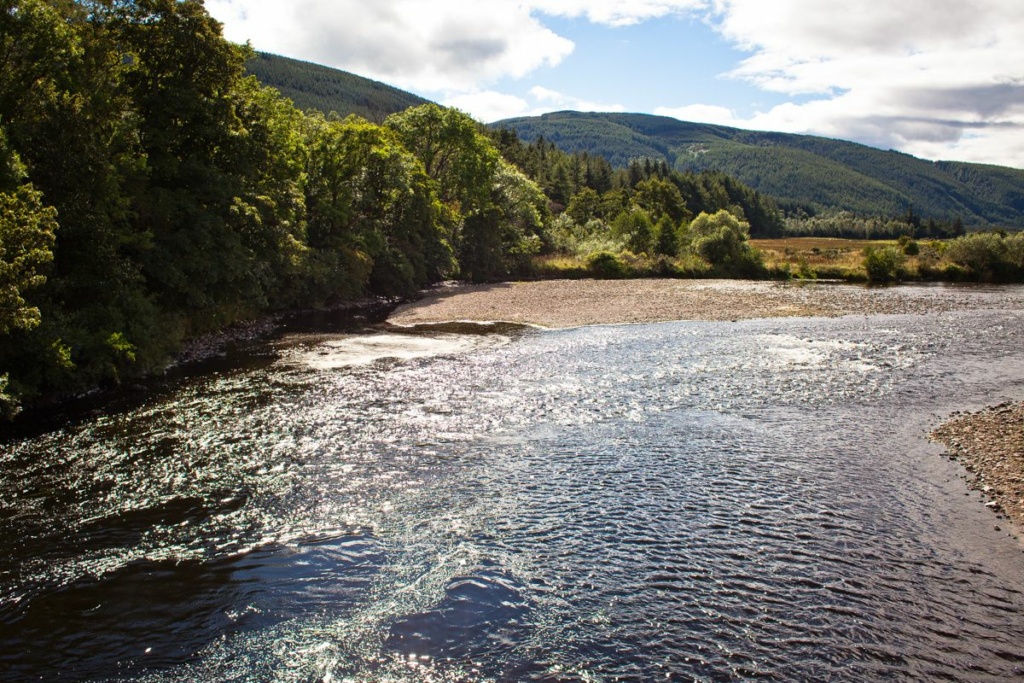 Islay, while technically an Island, has its own region in Scotch whisky terms. Renowned as “the land of whisky” and famous for its peaty style, some of the most popular whiskies in the world are from Islay including Lagavulin and Laphroaig.

The tiny island is only 25 miles long, yet it boasts nine distilleries! Due to this, most of the islands 3,000 residents work in whisky production. It is believed that the first whisky in Scotland was made in Islay in the 13th century.

Islay whisky is defined by its maritime flavours. Peaty and smoky, look out for the flavours of seaweed, salt water, and even fish in drams from Islay.

One of the oldest whisky distilleries in Scotland, and the oldest on the island, is the Bowmore Distillery. Founded in 1779, Bowmore produce particularly smoky single malts that have been in high demand for over 200 years. Interestingly, the excess heat that comes from the distillery is used to heat the local swimming pool!

Other excellent Islay whiskies include Ardbeg, Bunnahabain and Bruichladdich. 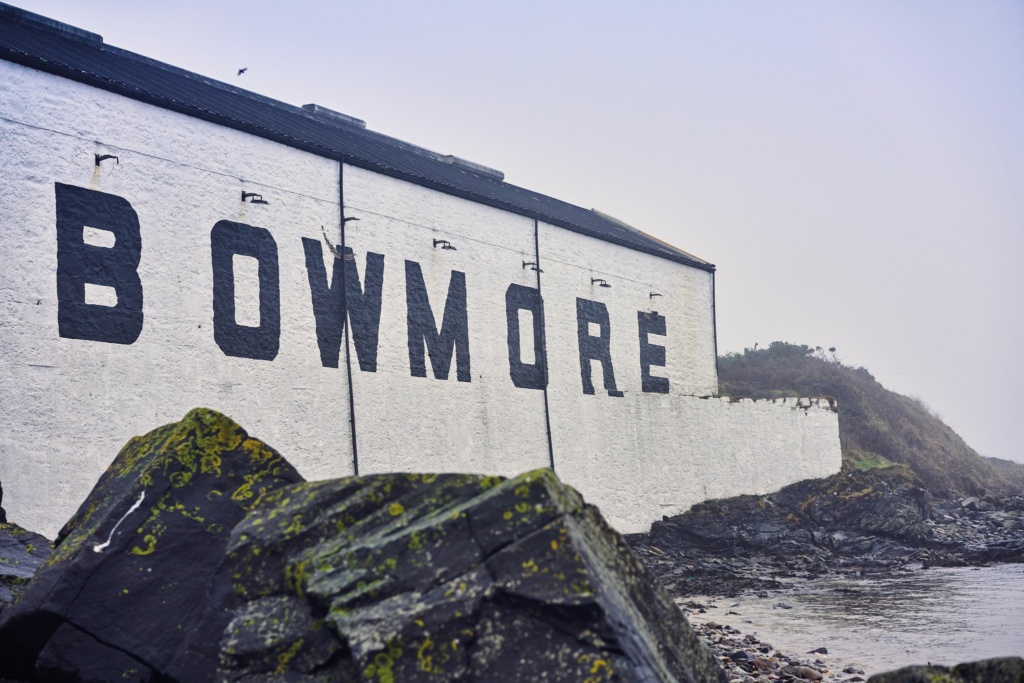 Campbeltown is one of the smaller whisky regions of Scotland. Tucked away in the South of Argyll and Bute, Campbeltown was the self-proclaimed “whisky capital of the world” and used to be home to over 30 distilleries, famous for their briny and peaty expressions. However, due to Prohibition and the First World War, the majority of the Campbeltown distilleries were forced to close due to a lack of demand.

Today, there are only three active distilleries left in the region – Glengyle, Springbank, and Glen Scotia. Glengyle spent over 75 years out of production, closing its doors in 1925 before reopening again in the early 2000s. However, you won’t find any whisky bottled under the name Glengyle. Instead, whisky from the distillery is now known as Kilkerran upon reopening.

Drams from Campbeltown are characterised by their distinct smoky and sweet flavours that are simply unforgettable. 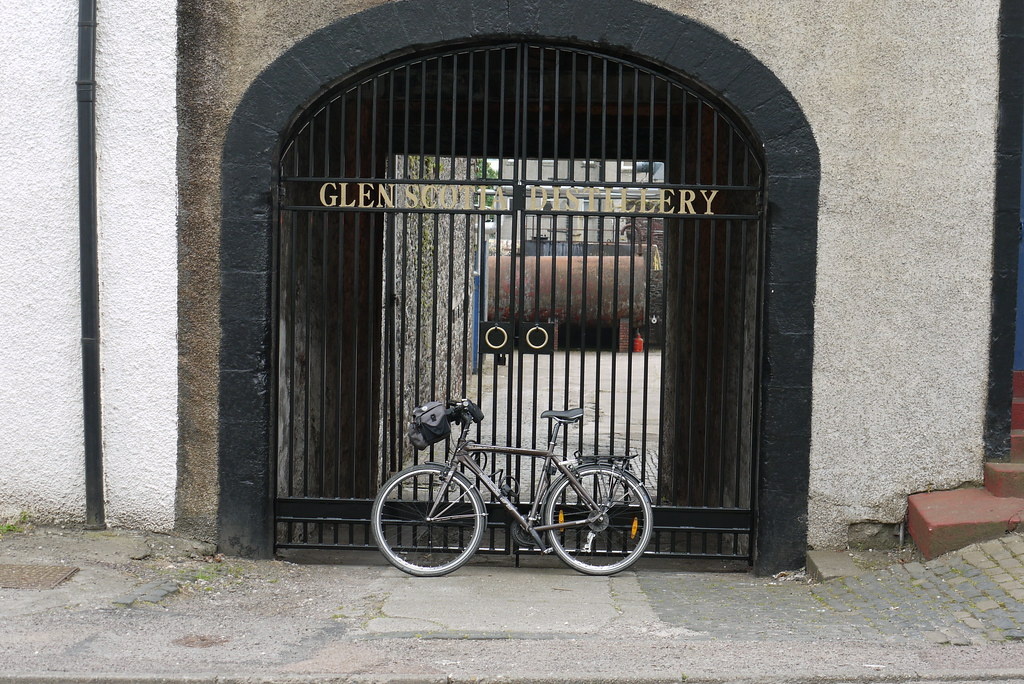 Can you tell which whiskies come from which region? Why not test yourself to a blind tasting and see how many you get right! We won’t lie to you; it can be pretty tough! Despite each region having certain distinguishing characteristics, there is such a variety in the types of whiskies that are produced which makes it tricky to try and nail down where exactly a whisky comes from unless you’re a seasoned expert.

Each of the whisky regions of Scotland have such a rich and exciting history. We would highly recommend checking out any local distilleries if you are ever visiting Scotland! Most active distilleries provide tours and even tasting sessions which sounds like our idea of a perfect day out.